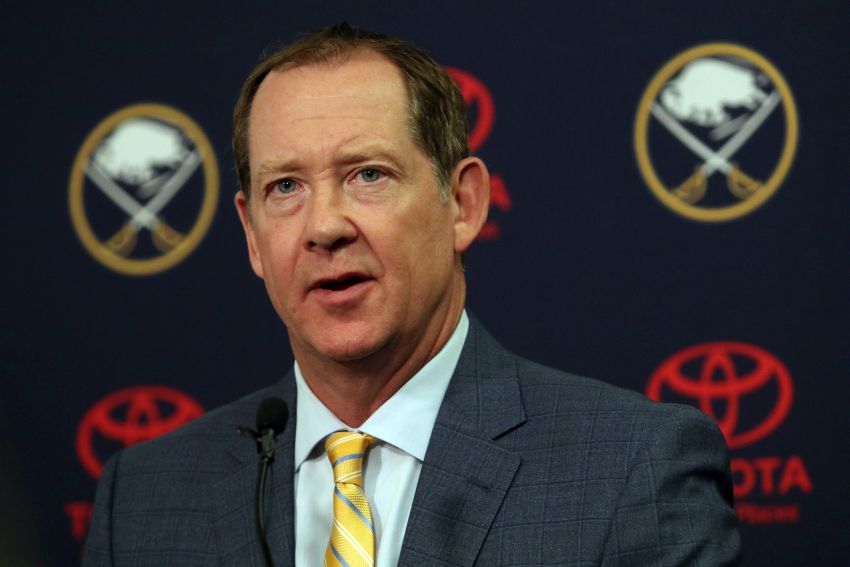 He desperately wanted to lead the team back to glory.

“It’s funny, because you sort of think of what you could’ve done differently,” Housley said this morning inside KeyBank Center. “You don’t know if you’re going to be back in the game, and I didn’t really know if I wanted to get back, because of what happened.”

Then Housley, whose Arizona Coyotes play the Sabres on Monday, said three teams called him around the NHL Draft in late June.

Housley, 55, seems happy in his gig as an assistant coach, a role he enjoyed for four seasons with the Nashville Predators before the Sabres hired him.

He warmly greeted some familiar faces when he spotted them outside Arizona’s dressing room. He smiled and was upbeat during his six-minute chat today.

The Coyotes have started this season 6-4-1. The Sabres, meanwhile, have changed dramatically under new coach Ralph Krueger, morphing into the NHL’s biggest early-season surprise at 9-2-2.

Housley, of course, enjoyed some success here, leading the Sabres on a 10-game winning streak last November. But they quickly imploded, and by late in the winter they had fallen out of the playoff race.

Housley wouldn’t say much about tenure here. When asked about what he could’ve done differently or any disconnect with his players, he politely declined to answer.

“This place will always have a big piece of my heart, because I started my career here, I started my head coaching career here, so I’ve always loved the people of Buffalo,” Housley said. “They’ve been very good to me. That’s not going to change.”

2 thoughts on “Phil Housley excited to be with Coyotes, happy for Sabres’ success”