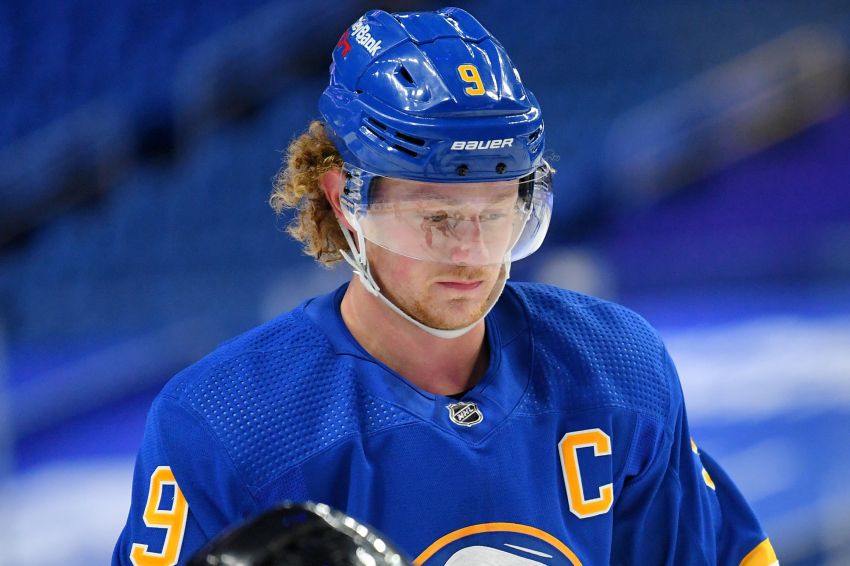 BUFFALO – Following nearly a 10-month break, an upper-body injury forced captain Jack Eichel to wait an extra five days to join training camp. Then after having barely a week of practice, the Sabres began a dizzying run of 10 games over 18 days.

So when the Sabres started an eight-day COVID-19 pause last week, Eichel, 24, used the unexpected break as an opportunity to let his body recover and examine his game.

“It took a little bit of time for myself at least to get my legs under me during the season,” Eichel said on a Zoom call following Wednesday’s practice inside KeyBank Center. “There’s no preseason games. Camp was quick.”

He added: “Maybe (the break) was a little bit of a blessing in disguise. It gave me a chance to start feeling good again.”

Eichel has enjoyed a solid start, at least on paper, registering a team-high 11 points. But the ultra-talented center has scored only two goals and mustered just one goal and four points at even strength.

Last season, he recorded a career-high 15.9 shooting percentage. This year, that number has dropped to 5.1.

“A little bit of a slow start for me,” Eichel acknowledged. “Not really where I want to be. But I feel like I’ve definitely taken advantage of these two weeks in trying to prepare myself to have a successful next 46 games.”

The Sabres sorely need Eichel to be their offensive catalyst, especially with nine players on the NHL’s COVID-19 protocol-related absences list. Last season, his dynamic play generated MVP chatter and earned him his third consecutive NHL All-Star Game appearance. Despite a late slump, he scored 36 goals and 78 points in 68 games.

“This is an opportunity as a leader to step up and take on a bigger role if we’re missing guys, you never know what’s going to happen,” Eichel said.

So during the recent break, Eichel studied video of games from last season.

“See what I was doing then, and see what was working and sort of touch it and compare it to some things early in the season here,” he said.

Eichel said he wants “to get back to attacking the game.”

“I started doing a little bit better those last two games against Jersey,” he said.

He added: “I’m really excited to get the season going again. I think I’m going to start to take off hopefully.”

“As I envisioned with the signing of Hall … there would be a feeling-out process,” said a scout who has watched Eichel throughout his career. “I believe that is still happening five-on-five. They both want to have the puck coming up ice. That is something they will have to figure out. They have found some chemistry on the power play, no doubt.”

He added: “For the team to be successful, (Eichel) needs to be one of the best players on a consistent basis. Great players find a way no matter what the circumstances. We all know there has been plenty of different circumstances this year.”

The Sabres, who had Friday off, plan to practice today. They’re scheduled to host the New York Islanders on Monday, their first game since Jan. 31 against the New Jersey Devils.

One thought on “Sabres’ Jack Eichel confident he will play better: ‘Going to start to take off’”