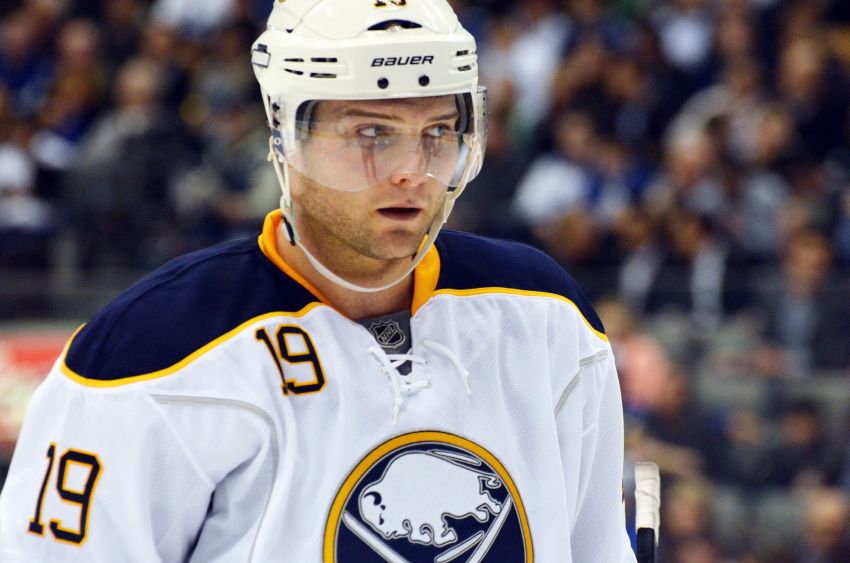 BUFFALO – On Wednesday morning, an optimistic-sounding Darcy Regier said the Sabres would “make every attempt” to have unsigned restricted free agent Cody Hodgson on the ice today for the first session of training camp.

“The efforts that are being made by both sides would indicate that we want to get something done as quickly as possible,” the general manager said inside the First Niagara Center as the Sabres reported for camp and underwent their physicals.

Sabres coach Ron Rolston said he’ll pick the team’s new captain. He plans to rotate the captaincy during the preseason and get a feel for the players with his new staff.

“Anyone who’s a part of this team will have the possibility of wearing (the ‘C’) this year,” Rolston said.

Ott said the captaincy would be a “huge honor” but believes the Sabres have several players capable of wearing the letter.

“I’m going to continue to do what I do with it or without it,” he said.

The Sabres officially announced Jerry Forton as Rolston’s third assistant coach Wednesday. The Buffalo native was an NCAA assistant at Niagara for 13 years before stints at UMass Lowell and Harvard.

“He’s an outstanding communicator and relationship-builder,” said Rolston, an NCAA coach for years.

Numminen had been one of the coaches in the press box.

“He’s in a role now where he’s really going to be able to make a big difference,” Rolston said.

Believe it or not, Rolston doesn’t plan to reunite struggling defenseman Tyler Myers and old friend Henrik Tallinder, at least right away.

The two formed a dynamic tandem during Myers’ Calder Trophy season in 2009-10. But he hasn’t been the same since Tallinder left for New Jersey in 2010.

When the Sabres reacquired Tallinder in July, many figured the two would be paired together again.

But Rolston plans to put Myers beside Christian Ehrhoff and Tallinder with Mark Pysyk.

Myers, who reported to camp out of shape last season before enduring a rough campaign, has already impressed Rolston.

“I think Mysie has had an unbelievable summer in terms of going into the summer, awareness of where he’s at,” Rolston said. “I thought he got better as the season went on and finished stronger. But where he’s at, where he needs to go, his summer was dedicated to that, working in those areas. He’s gotten a lot stronger. He’s in really good shape both physically and, I think, mentally. …

“He’s going to play well without strapping a person that’s going to actually help him. Henrik is a player we got just for veteran leadership. You can’t have enough depth on defense. We have 10 defensemen coming into camp that could make the hockey team.”

Tallinder said he “was a little bit surprised” the Sabres brought him back.

“I didn’t know that Buffalo was interested,” he said. “I knew that something was going to happen probably because I had a long conversation with the GM after the season. We both made it pretty clear what we wanted.”