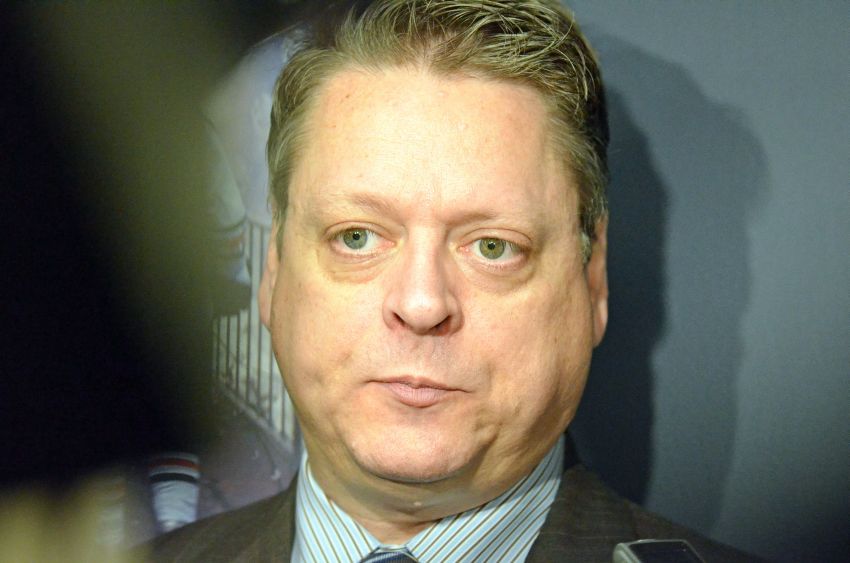 “We’re looking … to get value for him, to put him in a position to succeed,” Murray, a rookie GM, said tonight inside the First Niagara Center.

The trade deadline’s just eight days away and the rebuilding Sabres, the NHL’s worst team, are looking to deal.

Here are some highlights from Murray’s chat.

On rewarding the 33-year-old Miller, a “good soldier” for the Sabres:

“Players that treat you right, play well and hard for you over the years, you try to do what’s best for them, too, as long as it fits into what you’re doing. By trading Ryan to a contender … I think that certainly we’ve certainly not done a disservice to him and would help the organization in our own right. Our priority right now on both sides is to pursue a proper trade.”

On a contract extension for interim Sabres coach Ted Nolan:

“We’re discussing it. We have discussed it. We’re along that path, yeah.”

He added given Ott’s status he has every right to pursue other opportunities.

“Very quiet, quieter than I guess I was really expecting.”

On what he wants back:

“Ideally, if teams would give me two good, young players that are two years or so into their development, that would be outstanding.”