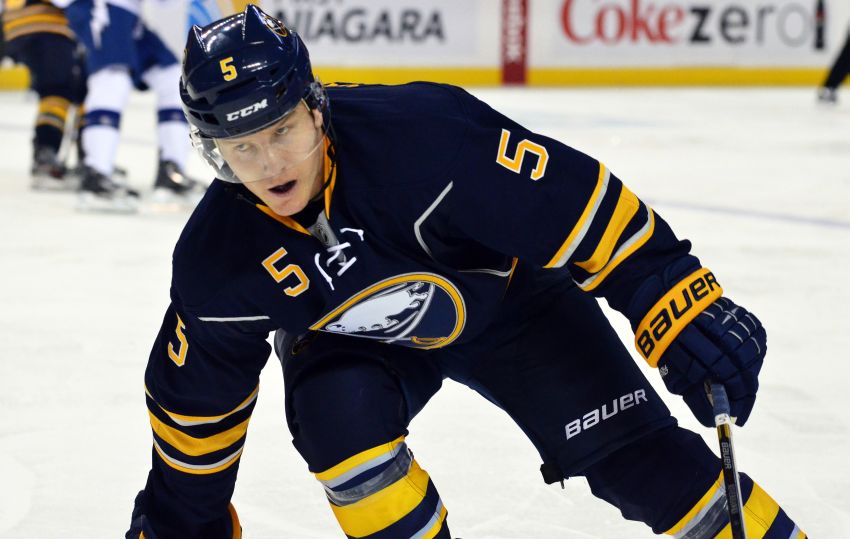 BUFFALO – If Chad Ruhwedel hadn’t signed his first NHL contract last week, then the Sabres rookie would’ve been watching the Boston Marathon, celebrating Patriots’ Day with friends like he had while attending UMass Lowell.

Monday’s bomb blasts near the finish line that killed three people and injured 180 have shaken Ruhwedel. He had friends in the area enjoying the day. His sister was just landing in Boston. Everyone was OK.

The Sabres plan to leave at 3 p.m. for Wednesday’s game in Boston against the Bruins at TD Garden, general manager Darcy Regier said.

While Monday’s Bruins game was postponed and tonight’s Celtics game has been cancelled, Regier said Wednesdays’ contest was still on.

“It’s tragic,” Regier said about Monday. “We’ll hopefully go to Boston. We’re going to play in Boston at some point. When you’re there, it’s going to be pretty difficult not to think about what happened.”

He added: “I actually found myself thinking about 9/11 when I heard about that knowing we were going to Boston. We had gone into New York shortly after 9/11.”

Regier said this morning he had called the NHL and the Bruins but hadn’t heard back yet. He spoke t the team’s hotel earlier.

The team has no additional security planned for its trip, he said. He hasn’t spoken with team officials about security for the Sabres’ next home game Friday.

Like many others, Regier’s familiar with Boylston Street, where the bombs went off.

“Unfortunately, it casts a different light on everything,” Regier said.

Sabres winger Nathan Gerbe watched the marathon all three years he attended Boston College, something he called an “awesome occasion.”

“You know exactly where it is,” Gerbe said. “I’ve walked past there, I couldn’t even tell you how many times. For yourself, you thank God for keeping you safe. But something like this happening is embarrassing for our world to affect innocent people.”

Ruhwedel, who was still living about 25 miles north of Boston in Lowell just last week, called the tragedy “heartbreaking.”

“Boston Marathon’s huge,” Ruhwedel said. “Like, Marathon Monday is huge. People go out, they’re having fun all day long. It’s a good time all day. Something like that to happen, it’s devastating.”