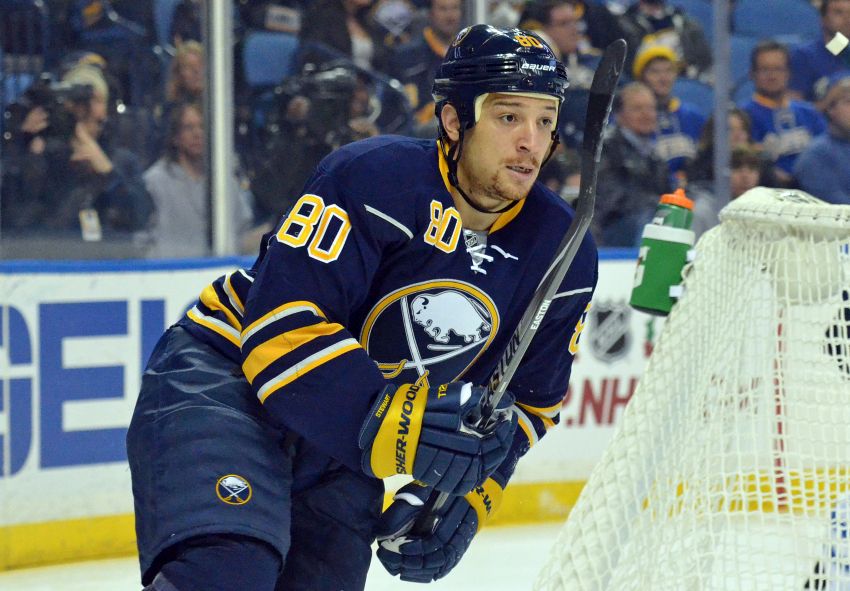 “I’m searching for the right answer here,” the struggling winger said Wednesday prior to scoring a breakaway goal in the Sabres’ 2-1 loss to the Winnipeg Jets inside the First Niagara Center.

Stewart, a two-time 28-goal scorer, has arguably been the Sabres’ biggest disappointment this season, compiling just two goals and three points in 22 games.

Stewart has generated almost nothing. Wednesday’s nifty goal was just his third in 42 games, a stretch dating back to Jan. 9, when he played for St. Louis.

Stewart enjoyed a strong preseason before starting the regular season with a 12-game goal drought. Wednesday’s goal was his first since Nov. 2.

Myers practiced Tuesday and joined Monday’s session late. It appeared he was fine.

Nolan said the injury’s something different, however.

“He was feeling good,” Nolan said. “Then all of sudden, the injury just kind of went south on him. We were surprised a little. We got the call around 1 o’clock. He came in, tried to play, but just couldn’t do it.”

The Sabres officially called it a lower-body injury.

Meanwhile, Sabres center Cody McCormick skated with his teammates Wednesday morning, another step in the concussion protocol he must follow. McCormick was hit in the head Saturday.

The 412-day wait to play a home game was excruciating for Sabres winger Patrick Kaleta, an Angola native.

Since his last appearance here Oct. 10, 2013, the 28-year-old endured a 10-game suspension, a surprising demotion to the minors, a torn ACL and what was basically a broken face.

Kaleta briefly left the game in the second period to have his jaw and teeth examined after Adam Lowry knocked him face-first into the boards, earning a game misconduct.

“I can’t feel them, but they’re still all there,” Kaleta said.

Earlier, the agitator immediately made his presence known, thumping a few Jets. His weak roughing penalty during his first shift led to Bryan Little’s goal.

“It was a reputation call,” Nolan said.

Playing at home was a special experience.

Kaleta even skated at center, a position he had never played as a pro.