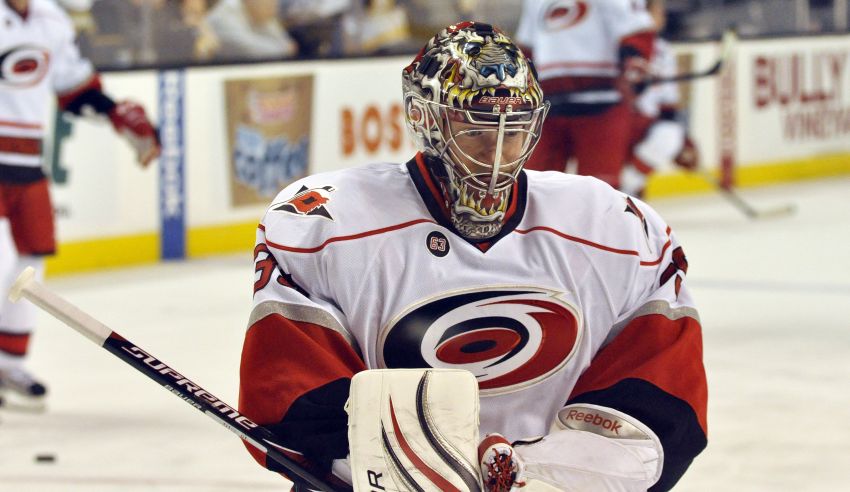 Meet Justin Peters, the Hurricanes’ third string goalie and the starter tonight against the Buffalo Sabres in Carolina.

In one previous appearance against the Sabres on March 21, 2010, he allowed four goals on 14 shots before mercifully getting yanked from his eighth NHL start, a 5-3 Buffalo win in Carolina.

Peters’ career numbers against the Sabres: an awful 8.36 goals against average and a .714 save percentage in 29 minutes.

Of course, injuries will press Peters into action tonight. Starting goalie Cam Ward is out with an MCL sprain. Backup Dan Ellis is sick.

This could be a gift for the Sabres.

Peters hasn’t appeared in the big leagues since stopping 42 shots in an overtime loss on Feb. 25, 2012.

Despite some strong games, Peters sports the statistics of, well, a third-stringer who has spent more time in the ECHL (32 games) than the NHL (28).

The Sabres have been facing opponents’ No. 2 netminders throughout this season. It’s a bit reminiscent of early 2005-06, when teams still hadn’t started respecting the Sabres’ firepower.

Now, they’re facing Peters. The Sabres can certainly exploit him.