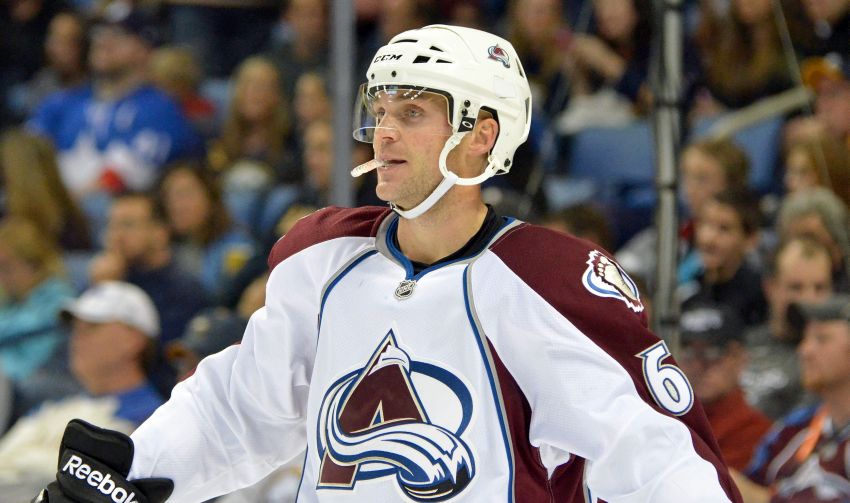 BUFFALO – Andre Benoit never stayed on a straight path to the NHL. The Sabres defenseman zigzagged, even backtracked, all across the globe before earning an opportunity.

After two seasons in Montreal’s organization, Benoit bolted for Europe out of frustration over his playing time. When he returned and briefly cracked the NHL with Ottawa, he jetted to Russia to earn more money.

All the while, Benoit, an undersized 5-foot-11, kept posting big offensive numbers. But by the time he reached 29, he had made only eight NHL appearances.

“Sometimes you start to wonder if you’re going to get the break you need,” Benoit, who signed a one-year, $800,000 contract in July, said last week following a late-summer workout. “That’s not easy to come by all that time. But at the same time, you just have to keep motivated and keep plugging at it and never give up, because you never know when that opportunity’s going to come.”

Benoit’s opportunity materialized in January 2013, when the NHL lockout ended. He had returned from Russia months earlier feeling he had “unfinished business.”

Ottawa recalled him from Binghamton halfway through a strong AHL season. He’s played in the NHL ever since.

“I definitely took a longer route,” he said.

Last season, in his first start-to-finish NHL campaign, Benoit turned 30. He had seven goals and 28 points in 78 games with Colorado.

But what happened? Why was Benoit finally receiving his first opportunity to play regularly at an age when many players are enjoying their primes?

“It was a combination of things,” Benoit explained. “It was having the right opportunity, and at the same time, being prepared to take advantage of it. I had a good start in Binghamton. Then when they needed defensemen in Ottawa, they kind of promoted from within. I was able to take advantage of that.”

Still, Benoit hasn’t been able to stick with one club. The Senators, who had him before and after his KHL stint, let him walk. So did the Avalanche, which morphed from an also-ran into a contender with Benoit skating more than 20 minutes a game.

Benoit said he spoke to the Avs about returning.

“It was kind of a wait-and-see approach,” he said. “They wanted to see what they could get done. It didn’t get done. It might be a blessing because of how good of a situation this could be.”

What’s so great about joining the Sabres, the league’s worst team last season?

“Just family-wise and being a part of a team that’s not rebuilding but looking to get better,” said Benoit, who knows Sabres general manager Tim Murray from Ottawa. “It’s always exciting.”

Benoit’s part of Buffalo’s revamped blue line. The Sabres acquired four proven defenders earlier this summer. Benoit’s arrival likely means one of their youngsters will return to Rochester or junior. They could rely on Benoit for big minutes.

Believe it or not, Benoit, a veteran of only 120 regular-season NHL games, is the Sabres’ oldest defenseman. He’s seven months older than Josh Gorges, who’s played 560 contests.

But Benoit has played 480 professional games outside the NHL. The experiences – in addition to AHL stops in Hamilton and Binghamton, he played for Tappara in Finland, Sodertalje in Sweden and Spartak Moskav in Russia – “all combined to get me where I am,” he said.

“It all worked out,” Benoit said. “I know sometimes I felt like I was really far away from where I wanted to be when I was in Sweden and Russia. I wouldn’t change anything. It was a life experience and it was fun.”