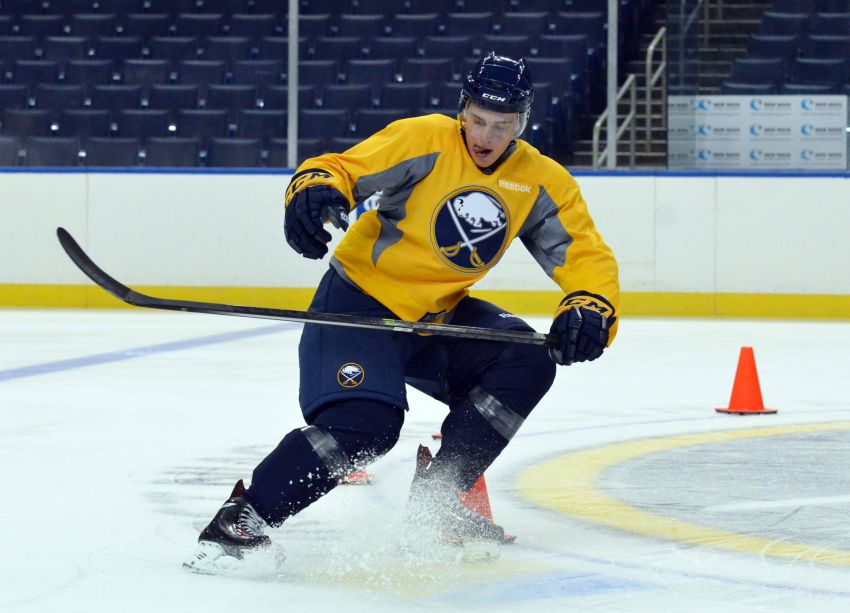 BUFFALO – Even among a group of teenage prospects, Rasmus Ristolainen was one of the youngest players on the ice this morning for the first session of the Sabres’ summer development camp.

Of course, having spent the last two seasons in the SM-liiga, a Finnish men’s league, the 18-year-old’s used to facing older competition.

“That’s not a new thing for me,” Ristolainen, the No. 8 pick at last month’s NHL Entry Draft, said this afternoon. “I have been the youngest guy on the team for the last five years.”

Still, Ristolainen might’ve been the most seasoned player on the First Niagara Center ice today. At times, the 6-foot-4 defenseman looked like a man among boys, stymieing forwards during one-on-one drills.

The Sabres have said Ristolainen will have a chance to make the NHL during training camp.

What does Ristolainen think?

Amateur scouting director Kevin Devine said last week Ristolainen had no European commitments and could play in the AHL with Rochester next season.

Ristolainen wasn’t sure, though.

“I think no,” he said about playing with the Americans. “I got a contract to my hometown team.”

Stay tuned for more information on that.