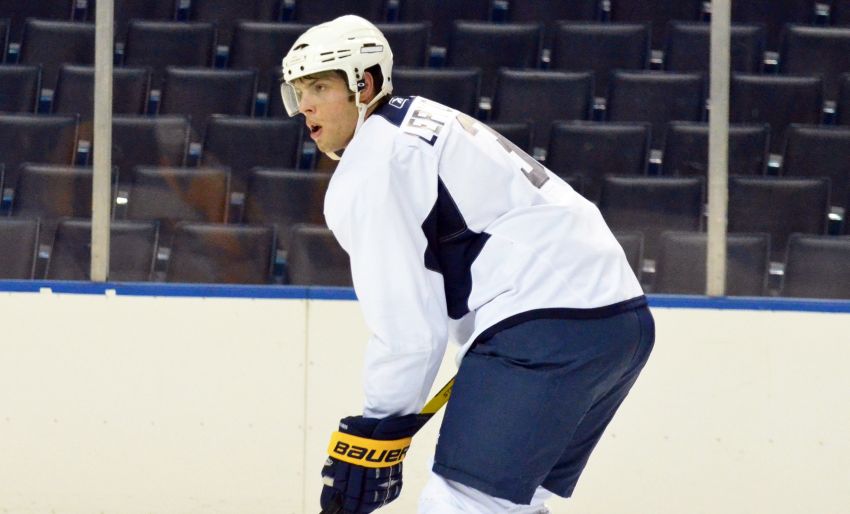 BUFFALO – Twelve years after a botched fax notoriously sent Mike Zigomanis back into the draft, the Sabres organization reacquired the center, signing him to an AHL contract today.

The Sabres originally drafted Zigomanis 64th overall in 1999. But his contract paperwork allegedly didn’t go through properly, so the Sabres lost his rights and he went through the draft again, getting selected 46th in 2001 by Carolina.

The 32-year-old has 21 goals, 40 points and 89 penalty minutes in 197 NHL games with Carolina, St. Louis, Phoenix, Pittsburgh and Toronto. He won the Stanley Cup with the Penguins in 2009.

Zigomanis, a terrific faceoff man, has spent the last three seasons with the Marlies, Toronto’s AHL affiliate. He had seven goals and 35 points in 65 games in 2012-13.

Lepkowski had zero goals, nine points and 78 penalty minutes in 60 games with the Ontario Hockey League’s Barrie Colts last season. The Sabres selected him 137th in 2011. They had until June to sign him.

The 20-year-old recently passed through the draft again.

“There was talk beforehand that if I passed through the draft I’d still have a home here, which was a relief,” Lepkowski said Wednesday inside the First Niagara Center after a session of the team’s summer development camp.

Roy, the son of legendary NHL goalie Patrick Roy, had eight goals, 10 points and 62 penalty minutes in 64 games with the Amerks last season.