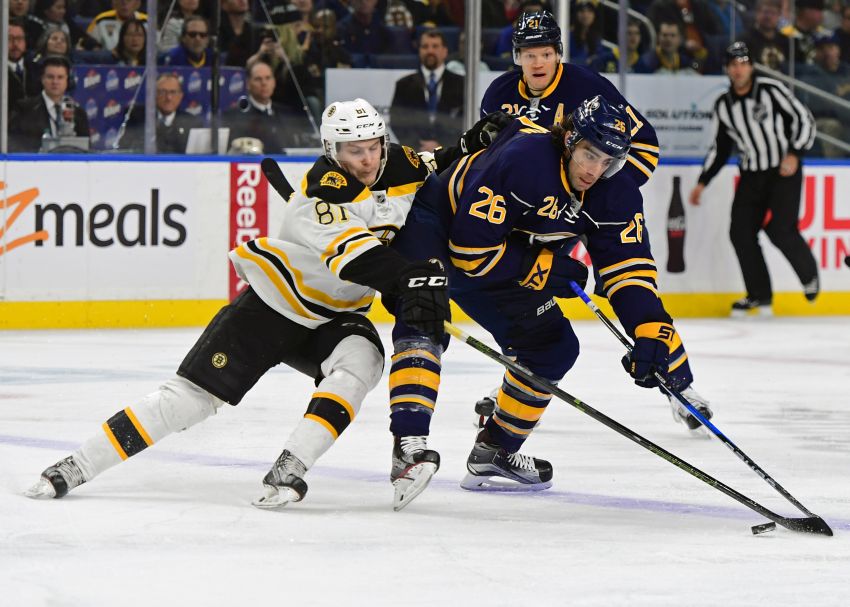 BUFFALO – As expected, winger Matt Moulson cleared waivers today, meaning the Sabres will likely send him to the Rochester Americans.

The NHL’s worst team waived the graying Moulson, 34, on Monday. The veteran compiled zero points and a minus-9 rating in 14 appearances this season.

The Sabres play a road tilt tonight against the Colorado Avalanche.

Update: This Sabres this afternoon assigned Moulson to the Ontario Reign, the Los Angeles Kings’ AHL affiliate in California.

The Sabres don’t want their AHL forward prospects to lose ice time to a veteran.

Moulson began his career in the Kings organization. His wife’s sister is Kings goalie Jonathan Quick’s wife, so he has other connections.

“Matt has been a true professional, especially during this difficult decision,” Sabres general manager Jason Botterill said in a statement. “Matt has previously spent time within the Kings organization early in his career and we felt this would be the best opportunity for him. From an organizational standpoint, we felt that with our young forwards in place in Rochester, we did not want to take away from their development and ice time by adding another veteran player at this time.”

Update: Sabres forward prospect Casey Mittelstadt, a freshman at the University of Minnesota, has been named to Team USA’s preliminary roster for the World Junior Championship later this month in Buffalo.

Middelstadt, 19, has five goals and 15 points in his first 17 NCAA games. The Sabres drafted the Minnesota native eighth overall in June.