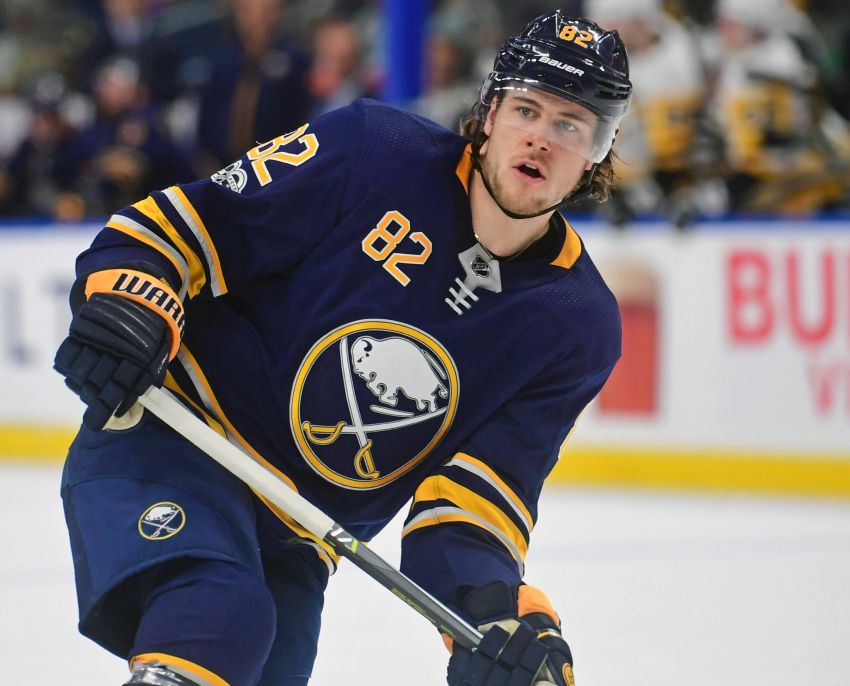 BUFFALO – On Dec. 2 in Pittsburgh, defenseman Nathan Beaulieu felt sick but tried gutting out some minutes for the reeling Sabres.

Beaulieu said he vomited twice on the bench before leaving the 5-1 loss to the Penguins.

“It just wasn’t the right thing to do, to be around my team,” Beaulieu said this afternoon following the Sabres’ optional practice. “It wasn’t fair to them.”

Beaulieu, 24, hasn’t played since then. He was so ill he didn’t accompany the Sabres for the final three contests of their four-game trip.

“It knocked me out pretty good, hit me hard,” he said. “I’ve never been hit like that before, lost an extreme amount of weight and was pretty weak.”

What’s an “extreme” amount of weight?

“A lot,” Beaulieu said, adding it was the most he had ever lost.

Beaulieu, however, is finally close to playing. He looked and sounded excited during his brief chat with the media. Sabres coach Phil Housley said Beaulieu’s day-to-day. The Sabres host Ottawa on Tuesday.

Beaulieu was one of 13 Sabres who skated in today’s optional practice inside KeyBank Center following Sunday’s 3-2 overtime loss in St. Louis.

“Today’s been the best day yet,” he said.

The Sabres originally pegged his absence at four to six weeks after he tweaked his ankle Nov. 25.

“It feels like I’m a little bit ahead of schedule, the rehab’s been responding well,” Josefson said.