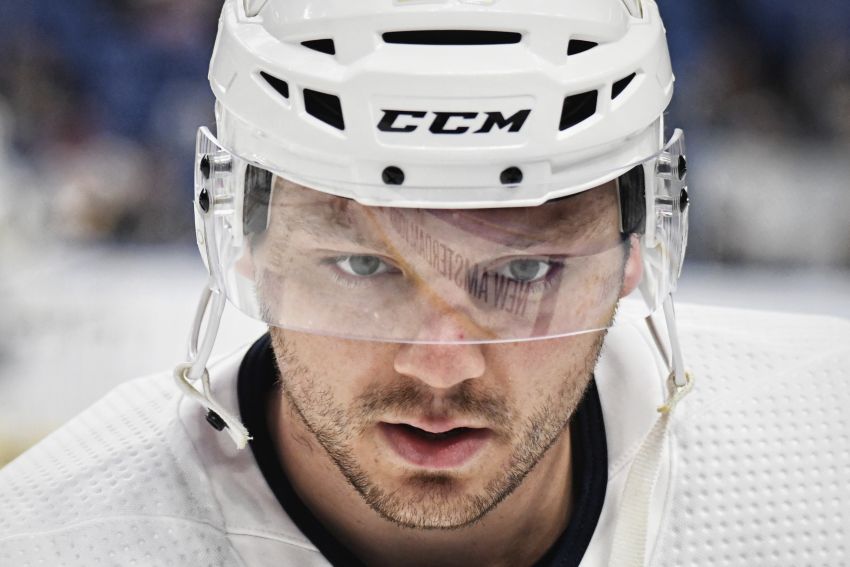 BUFFALO – In his six years here, ex-Sabres winger Sam Reinhart never experienced anything like this season. His playoff-bound Florida Panthers have established themselves as a Stanley Cup contender.

The Panthers, the NHL’s highest-scoring team, ranked fourth in the league entering Monday’s 6-1 win over the Sabres. They’re so deep that Reinhart, who spent most of his tenure in Buffalo as a first-liner, now skates on the third trio.

After more than 500 regular-season appearances, he should finally play his first NHL playoff game this season.

Reinhart, one of the pieces the Sabres hoped would lead them back to glory, never enjoyed any team success in Buffalo. By the end of last season, when the Sabres began rebuilding again and Reinhart looked and sounded disgruntled, both sides clearly wanted to move on.

The Sabres traded him to Florida on July 24 in exchange for a first-round pick in 2022 and goalie prospect Devon Levi.

Reinhart, the second overall pick in 2014, has kept producing in in Florida. Having scored 18 goals and 52 points in 52 games entering Monday’s contest, he’s on pace for career-high offensive totals.

“It’s kind of weird going into a new group early on,” Reinhart, 26, said prior to his first game at KeyBank Center as a visitor. “It didn’t come easy right away, kind of had to learn how to play that system and get comfortable in that environment. I think once I did that, it’s been a lot of fun to play in with this group of guys.”

“His hockey sense is off the charts,” he said. “I think he’s one of the smartest players I’ve been around in that how he sees things. He’s adaptable in different situations. Wherever you plug him in, offense seems to follow.”

Right now, Brunette has Reinhart, who signed a three-year, $19.5 million contract with the Panthers, plugged in at right wing beside center Anton Lundell and Frank Vatrano.

Reinhart, a natural center, spent most of his time with the Sabres at right wing. He moved back to center late last season, however, and enjoyed perhaps a career-best stretch.

The Sabres played a video welcoming back Reinhart and two other ex-Sabres on Florida, defenseman Brandon Montour and goalie Jonas Johansson, during an early stoppage in play.

Reinhart and Montour both acknowledged the crowd while receiving a warm ovation.

Notes: Prior to the game, Interim Panthers coach Andrew Brunette called Rasmus Dahlin, the Sabres’ only NHL All-Star, “one of the most underrated defensemen in the league.” … The Sabres scratched wingers Anders Bjork and center Mark Jankowski (both healthy). … Johansson is the Panthers’ No. 3 goalie and did not dress Monday.