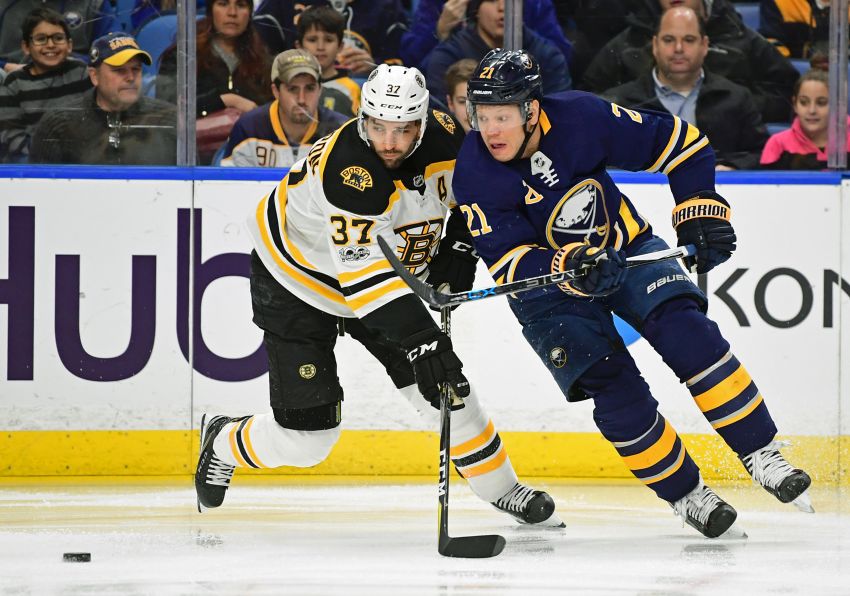 “That’s the play you’re trying to eliminate, right?” Okposo said today after the NHL fined Hall $5,000, the maximum allowable under the collective bargaining agreement. “There’s no place for that.”

Okposo said he had no idea Hall, one of the NHL’s top scorers, was coming from a notable distance away.

In other news, Housley mixed up some lines today, putting struggling winger Evander Kane back at left wing beside Jack Eichel, his center most of the season, and Okposo. Kane recently played with Johan Larsson.

Kane has mustered zero goals and one assist in the last 10 games and has scored just four of his 16 goals in the last 28 outings. The 26-year-old will be a free agent this summer and will almost certainly be traded in the coming weeks.

“Anybody in his situation, sometimes it can be difficult, especially going through a stretch where a lot of things aren’t going your way,” Housley said. “He’s just got to find a way to work through it. You go back, he hit a crossbar on the road, maybe that would’ve sparked him in Vancouver (on Thursday). He’s getting some opportunities. It’s just hasn’t been going in.”

Check back later for a full story on Kane.

Fresh off a game in which the Devils outcompeted them, the Sabres looked sluggish early in today’s practice before a few thousand school children inside KeyBank Center.

At one point, Housley stopped practice. After that, the tempo picked up.