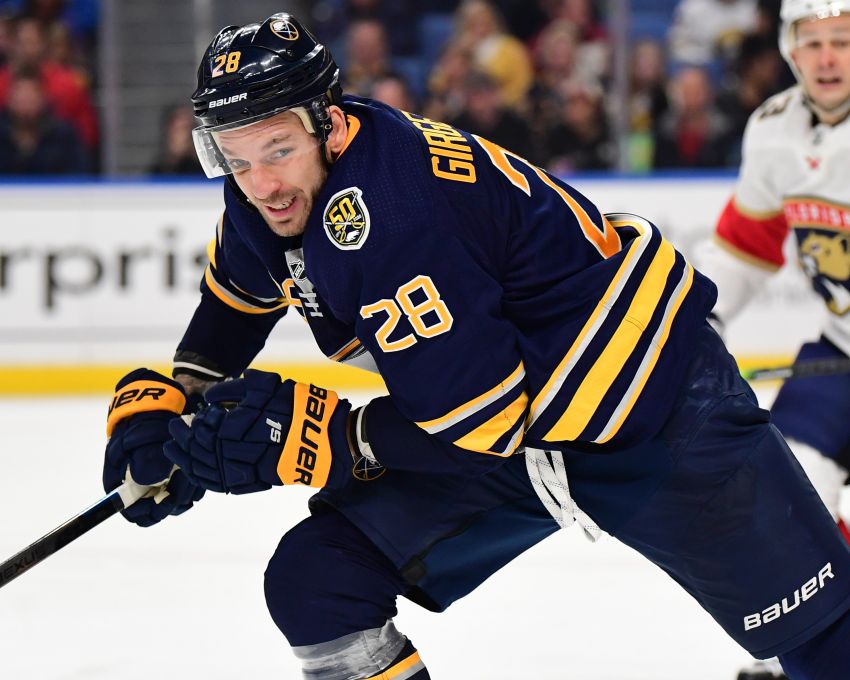 Girgensons, 25, has endured a lot of losing over his 430-game career. His only taste of big league success before this month – a 10-game winning streak last November – was fleeting, as the Sabres quickly reverted to their hapless ways.

So the Sabres’ scorching 8-1-1 start this season has been a special experience for Girgensons, one of three Sabres left from the 2013-14 tank team.

Having already earned 17 points, the Sabres rank first overall in the NHL entering tonight’s contest against the New York Rangers, the start of a two-game road trip.

“It’s been a blast,” Girgensons said Monday inside KeyBank Center. “It’s just been fun coming to the rink, playing hockey. I’ve seen it all. I’ve seen many coaches, many GMs.”

Under new coach Ralph Krueger, Girgensons said he’s having “the most fun I’ve had in a long time.”

“He’s such a good speaker, good motivator,” said Girgensons, who scored the winning goal in Saturday’s 4-3 road victory against the San Jose Sharks. “He connects with the guys. He just makes you feel confident in yourself and confident in each other to have each others’ backs on the ice and off the ice.

“So he’s just been really positive bringing the guys together.”

Five years ago, it seemed like Girgensons, the 14th overall pick in 2012, would be leading any Sabres revival. He scored 15 goals in 61 games in 2014-15, even earning a spot in the NHL All-Star Game thanks to his rabid fans at home in Latvia.

But following the tank years, Girgensons plummeted down the depth chart. In recent seasons, the former No. 1 center has mostly skated on the third or fourth line and killed penalties.

Still, the tenacious Girgensons has embraced his role, quietly going about his business and morphing into one of the Sabres’ top checking forwards.

“Zemgus is all about what does the team want or need, and he will try his best to fill that role on a nightly basis, never missing a heartbeat because of ice time or responsibility,” Krueger said. “He’s just ready when you call upon him. He’s very passionate and proud to be a Buffalo Sabre, which is excellent for us.”

The line quickly became perhaps the Sabres’ most consistent, showcasing a sturdy style and generating time in the offensive zone.

“He’s never going to take a night off, you know what you’re going to get from him every night,” Okposo said. “That’s something as a linemate that is extremely valuable. He’s been awesome. … He’s definitely a fun guy to play with.”

Larsson, who also joined the Sabres with defenseman Rasmus Ristolainen in 2013-14, said playing with Girgensons is “perfect.”

Okposo understands Girgensons has made a difficult adjustment. High draft picks who have a history of scoring often struggle to seize a lesser role.

“And then all of a sudden, you get to the NHL and to really embrace a role like that is a very unselfish thing to do and something that isn’t easy. He’s done a great job of it.”