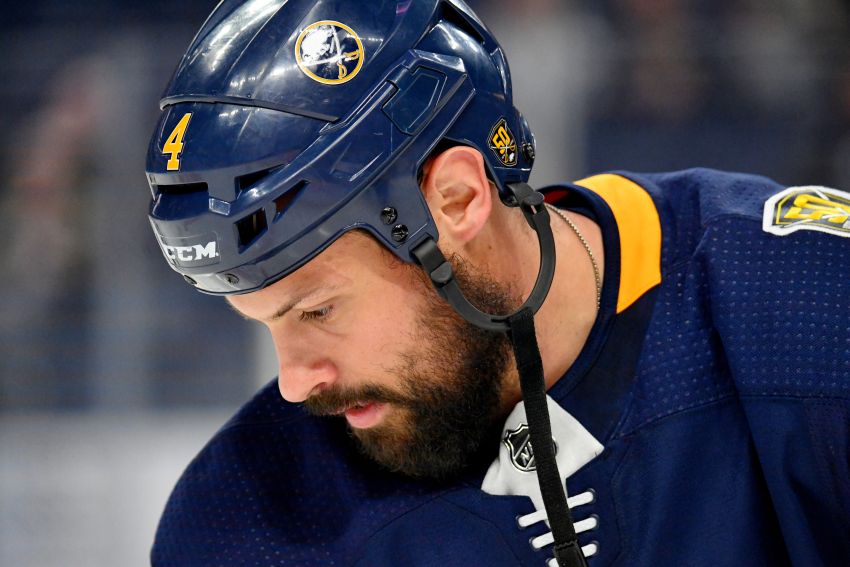 BUFFALO – The Sabres assigned defenseman Zach Bogosian to the Rochester Americans after he cleared waivers today.

Bogosian, 29, is not expected to play in the Amerks’ road game tonight against the Syracuse Crunch. There is no official word if the Massena native will report to the AHL.

“What’s going on there is not really my issue,” said Krueger, whose Sabres host the Maple Leafs on Sunday. “My issue is to get ready to play Toronto.”

He has struggled this season, regularly getting scratched after returning from offseason hip surgery.

In other news, the Sabres goalie Carter Hutton missed this morning’s practice inside LECOM Harborcenter for maintenance.

“We’re quite optimistic about his rehab day today,” Krueger said of Hutton’s status for the Leafs.