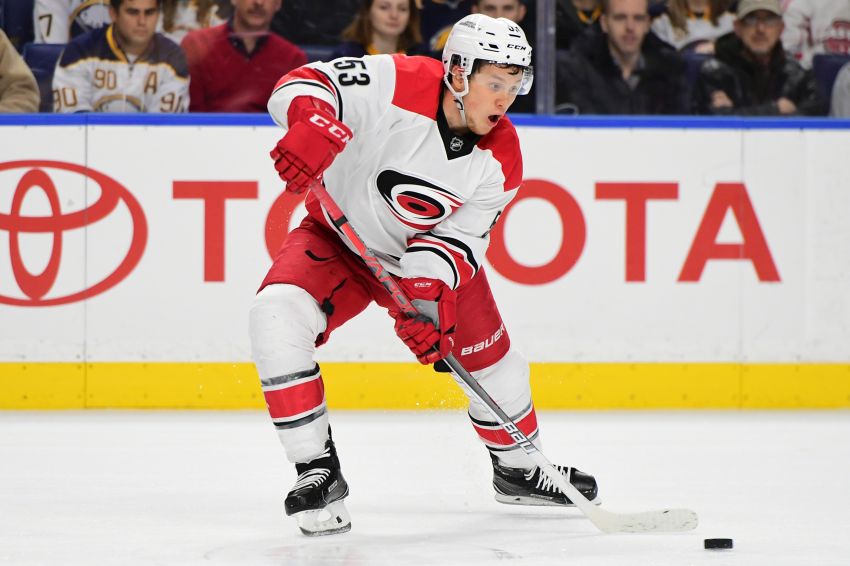 While Skinner denied he turned down any offers before the Sabres materialized, reports and the timing of his trade – high-profile NHL deals rarely transpire in August – suggest otherwise.

If Skinner isn’t playing with Eichel, he will almost certainly receive action beside Casey Mittelstadt, one of the NHL’s top center prospects. On the blue line, the Sabres have No. 1 overall pick Rasmus Dahlin, perhaps the best young defenseman in decades.

Skinner, 26, doesn’t know Eichel and said playing beside “one of the top centermen in the league” would be coach Phil Housley’s decision.

“I’m excited to get to know him and get to meet him,” Skinner said of Eichel on a conference call Friday.

Skinner hasn’t done much winning. In eight NHL seasons, he has played zero playoff games. The Hurricanes have morphed into perhaps the league’s most irrelevant franchise.

While Skinner wouldn’t say if he wanted a fresh start, he and the Hurricanes agreed after last season a trade would be best for the former Calder Trophy winner.

“I enjoyed my time in Carolina,” said Skinner, who was dished for forward prospect Cliff Pu, a second-round pick in 2019 and third- and sixth-round selections in 2020. “I made a lot of great friends. I got to play with a lot of great players and work with a lot of great staff in the organization. It’s frustrating for sure not sort of reaching your goal. …

“But I think when you look at it, sort of moving forward on that basis, it’s exciting for me, and that’s the way you can look at it, is that it is going to be a fresh start.”

Only one other player on the roster, Pominville, has scored 30 goals in a season.

“You want to continually grow that as a person, as you mature as a person and a player,” Skinner said. “You want to pass on to young guys as much as you can anything you may have picked up, and anything that may help the team in the future. I’m excited to bring that to Buffalo.”

But how long will Skinner be in Buffalo? If he doesn’t fit well or the Sabres struggle, they could dish him before the trade deadline.

Skinner said he hasn’t thought about a possible contract extension yet.