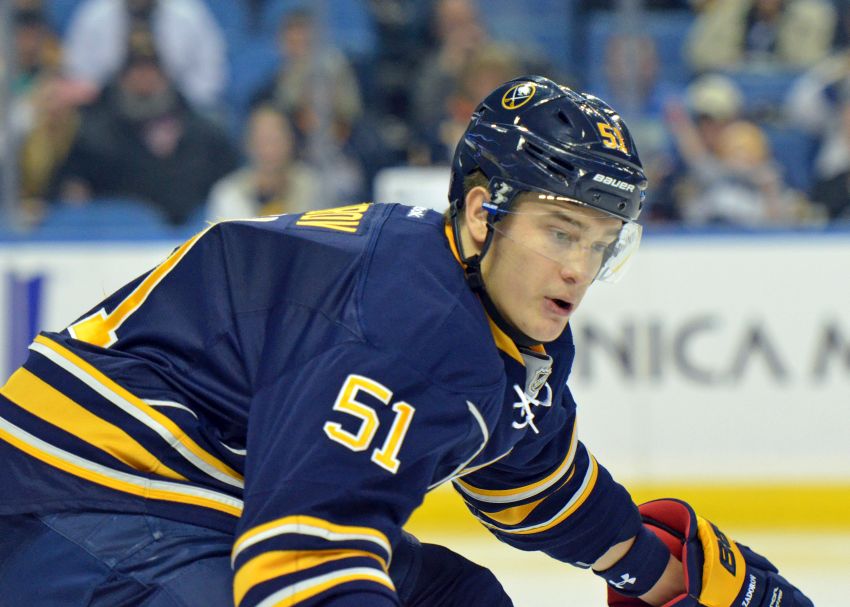 In 141 total games between the Ontario Hockey League and NHL, Buffalo Sabres defenseman Nikita Zadorov has fought six times, according to hockeyfights.com.

Expect that number to go up.

The 6-foot-5, 220-pound Russian is cocky and loves to hit. He will have to answer the bell.

Zadorov fought St. Louis’ Ian Cole on Tuesday, his first NHL scrap. The 19-year-old paid back Cole when the defenseman hit the diminutive Tyler Ennis after the whistle.

Is Zadorov a good fighter? Decide for yourself.

Here are the six fights.