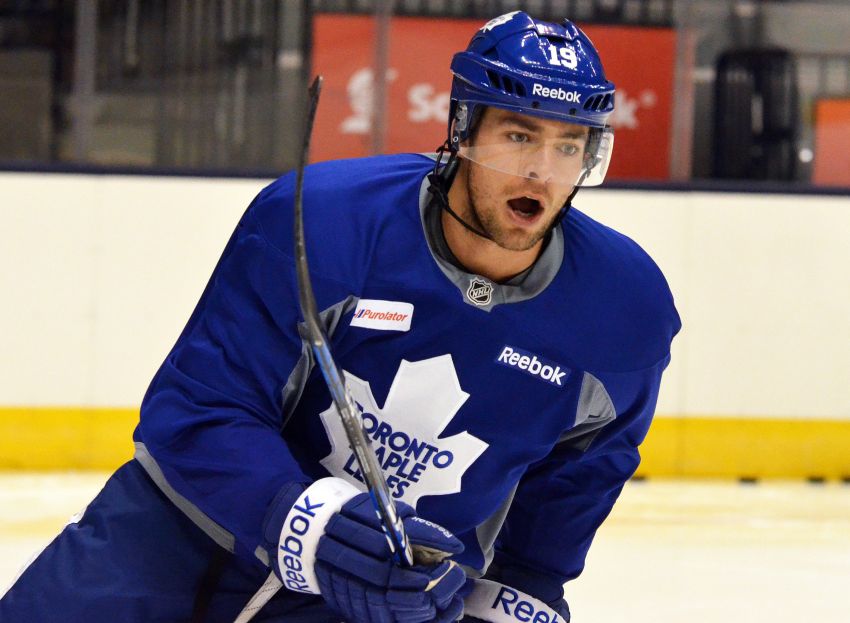 TORONTO – Think about it, Buffalo Sabres fans, a couple of years ago, your team switched identities with the hated, mega-market Maple Leafs.

As the small-market Sabres morphed into a free-spending, win-at-all-costs club under new owner Terry Pegula, the Leafs began embracing development and patience, the Sabres’ old and successful philosophies.

The Leafs’ major volte-face has quickly paid off. They finished fifth this season, their highest spot since 2003-04.

Inside a noisy Air Canada Centre on Monday, the upstart Leafs played their first home playoff game since May 4, 2004, a 5-2 loss to the Boston Bruins in Game 3 of the Eastern Conference quarterfinal.

The Leafs trail the best-of-seven series 2-1. By the looks of Monday’s affair, the veteran Bruins could make quick work of them. Still, the skillful Leafs look built for the long haul. Making the postseason is just a start.

Meanwhile, the Sabres, having just missed the playoffs a second consecutive season, are rebuilding and attempting to implement their old practices. General manager Darcy Regier has warned his team’s rabid fan base to brace for some “suffering.”

Incredibly, now the Sabres want to replicate the Leafs’ plan.

Six or seven years ago, as the heavyweight Sabres contended for the Stanley Cup while pummeling the hapless Leafs, who would’ve believed that?

The Leafs built this exciting group like the Sabres constructed their rollicking post-lockout clubs. Their roster is filled with homegrown young talent, some minor free agents and a few stars they’ve acquired through trades.

They’ve stopped indulging during free agency – something the Sabres have also vowed to do – and jettisoned some ill-advised additions from summers past.

The Leafs kicked former enigmatic Sabres center Tim Connolly, their big signing two years ago, to the AHL prior to the season. Mike Komisarek, a defenseman they overpaid for in 2009, is also playing for the Toronto Marlies.

That’s about $7.5 million in the minors.

Now, there’s Phil Kessel, Nazem Kadri and Joffrey Lupul up front, Dion Phaneuf on defense and 16 others working for a common goal.

Leafs coach Randy Carlyle, who won a Cup with Anaheim in 2007 before taking over last season, has stressed the team over individuals more than his predecessors.

“I think it’s really been a commitment and dedication amongst ourselves,” said journeyman Leafs defenseman Mark Fraser, an NHL regular this season after shuttling up and down for years. “We were provided with a system and we all … bought into it.

“We had a lot of talent. We were a fast-skating team. We were a physical club. But it’s more of we need to cater to those talents in order for us to have success, and we were doing a system that guys just simply bought into.

“I think the coaching staff did a great job of motivating guys, sort of teaching guys to be united as one. In the past, perhaps (there were) too many individual itineraries going on during the previous years. … It’s just a great family here, a great club. … We want to do it for the guy beside us.”

Leafs defenseman Carl Gunnarsson added: “I know it’s kind of cliché, but (we) all pulled in the same direction. I think that’s huge (with) a lot of young guys on the team. I think we got a good mix there of guys getting along not only on the ice but in the room, too.”

The Sabres’ Eastern Conference finalist teams from 2006 and 2007 possessed those qualities. The core of young talent that drove those clubs grew up together in Rochester, becoming close friends while learning to win.

“Back then, everyone kind of played with each other and continued to kind of learn each others’ games and kind of grew together in those … years,” said Bruins winger Daniel Paille, who played in Rochester before breaking into the NHL with the Sabres in 2005-06. “It seems that way, that Toronto is forming that kind of mentality right now. But they definitely have some young guys that are wanting to step up and wanting to be a part of their future.”