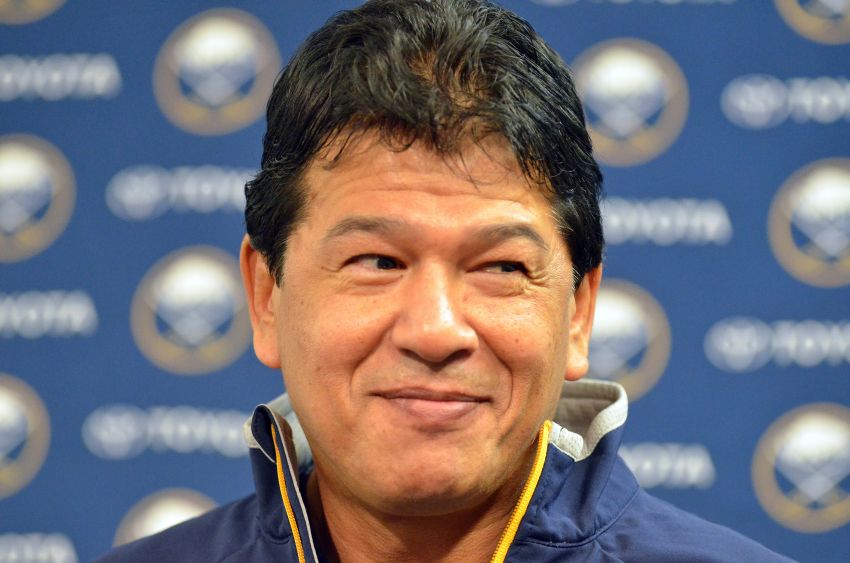 But the bottom-feeding club has been outscored 15-5 in four straight losses since beating Toronto. The Sabres are still really bad.

“I really liked the emotion of the first game, and everyone was expecting that,” Nolan said this afternoon following practice inside the First Niagara Center. “And the second game we had emotion for two periods and it dropped off for a period. Third game, we started off really well and it tailed off. Fourth game, same thing. Fifth game, same thing.

Nolan spent much of today’s long session working in the defensive zone. He wants his club to start doing things instinctively.

At times, it looks like the air comes out of the Sabres after an opponent scores.

Despite the struggles, Nolan said the lines he’s been using will stay the same.