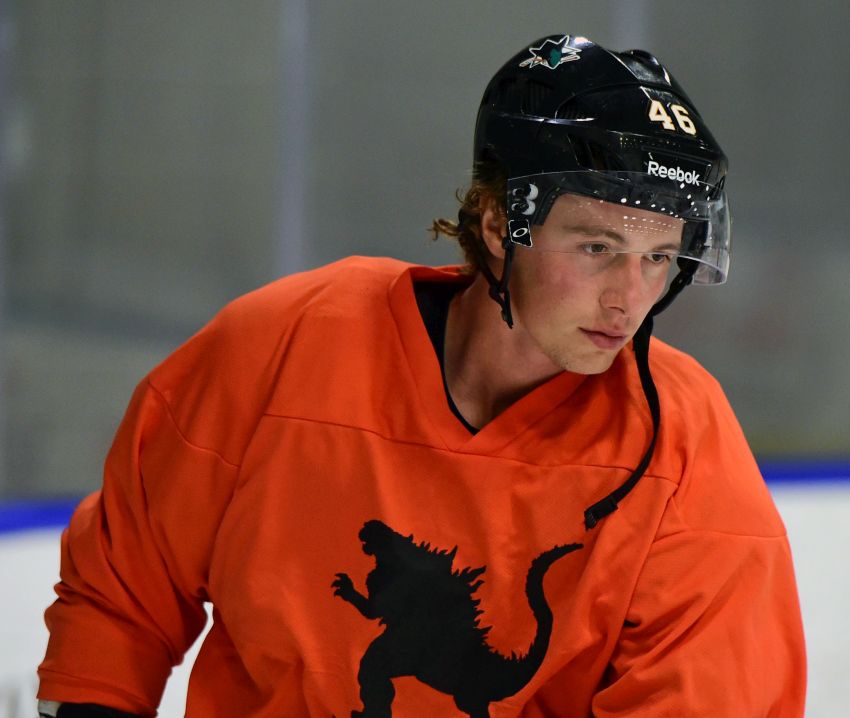 BUFFALO – In a perfect world, Tim Kennedy said, his summer would have played out as he had hoped.

Following a rough European season, the former Sabres forward wanted an NHL team, preferably one with an AHL affiliate in the Northeast, to sign him.

“But sports today is a results-based industry,” Kennedy told the Times Herald on Thursday.

Of course it is, and Kennedy, an AHL All-Star in 2014-15, is coming off a career-worst four-goal, 14-point campaign split between two teams in the Kontinental Hockey League.

Before the South Buffalo native signed a one-year deal with Lulea HF in the Swedish Hockey League on Thursday, North American teams wanted to know what happened to him last season.

“You can explain to them the situation you were in and everything until you’re blue in the face,” Kennedy said. “Teams just always worry about, ‘Why did you fall off?’”

For the first time ever, Kennedy was away from his wife, Janelle, and their young twin daughters, Harper and June. He had trouble adapting to the unusual KHL life – he spent six or seven hours at the rink each day and rarely had time off – and his Soviet-era coach.

Kennedy had mustered only one goal and five points in 29 games when both sides agreed to part ways. He finished the season with Jokerit Helsinki, a KHL team in Finland, compiling three goals and nine points in 18 contests.

Still, Kennedy, a veteran of 162 NHL games, figured his poor season wouldn’t “be a big deal” because he had been productive, especially in the AHL, for seven years.

Kennedy said some North American teams gave him “pretty good offers.” The catch, however, was they couldn’t be finalized right away, meaning he had to wait until August or September to sign.

“I just didn’t feel comfortable waiting until possibly that long with my family to know our future,” he said.

So when a Swedish contract on par or better than his offers here materialized, Kennedy accepted it.

“It gets to the point if there’s a job offer there and you pass it up, you don’t know if you’re going to get (another one) down the line,” he said.

Kennedy is more relaxed now than he was a year ago.

“Just the unknown with Russia, I didn’t know what to expect,” he said.

His new team will let him report in early September, after Janelle gives birth to a boy. His family plans to join him in Lulea, a picturesque city on the northern coast of Sweden, in early November. He said the team is very accommodating to families.

Kennedy knows he has a lot riding on the upcoming season.

“You can’t put two years where you have a bad year back-to-back or (you will) have a hard time getting a job the next year,” he said. “I’m just going to try to go over there and try to have a really good year.”