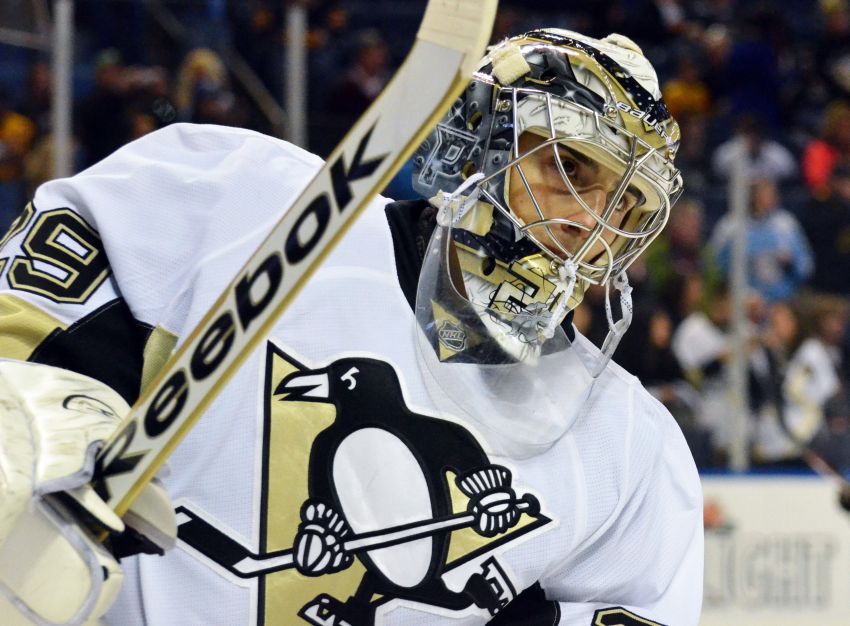 Marc-Andre Fleury and his Pittsburgh teammates will try to play in Boston on Saturday. ©2013, Dan Hickling, Olean Times Herald

BUFFALO – Tonight’s game in Boston between the Bruins and Penguins has been tentatively postponed until Saturday afternoon, meaning the Sabres’ scheduled tilt in Pittsburgh that night has been pushed back to Tuesday.

The Sabres are still scheduled to host the New York Rangers tonight at the First Niagara Center. Their game in Pittsburgh will close their road schedule.