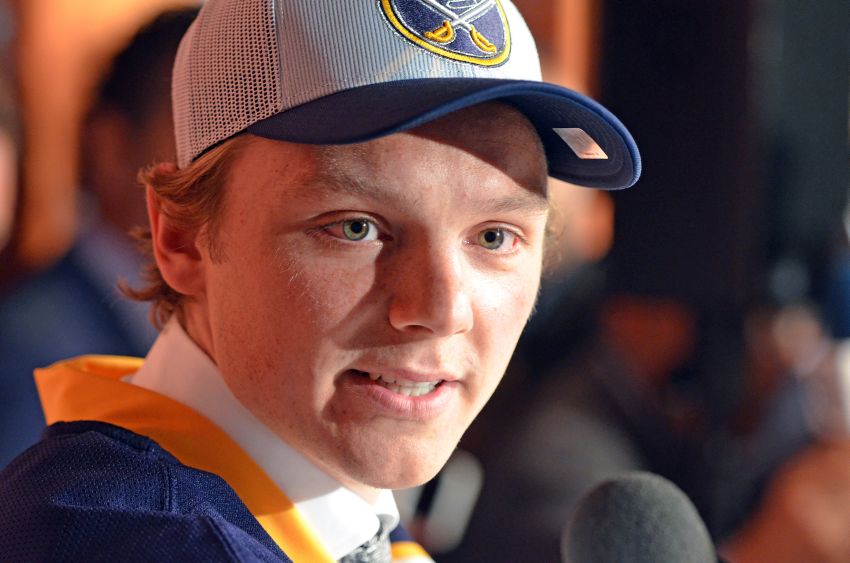 PHILADELPHIA – Sam Reinhart said he had been “prepared for it for a long time.” The slick 18-year-old center knew the Buffalo Sabres wanted to draft him with the No. 2 pick.

“I’ve certainly visualized myself in this uniform,” Reinhart said tonight inside the Wells Fargo Center after the Sabres made him the first forward taken at the NHL Entry Draft.

If Reinhart has his way, he’ll be wearing that Sabres uniform on opening night in October. The Kootenay Ice star believes he’s ready to crack the NHL immediately.

The Sabres challenged prospects at the recent NHL scouting combine, asking youngsters what would happen if they went back to junior.

He added: “I’m going to do whatever I can to help. Like I said, I know it’s not going to be easy. They have some talented players in there right now. I’m going to try to compliment them nicely.”

Reinhart, who’s never been to Buffalo, said he’ll be participating in the team’s summer prospect camp next month.

Check back later for a full story on Reinhart!