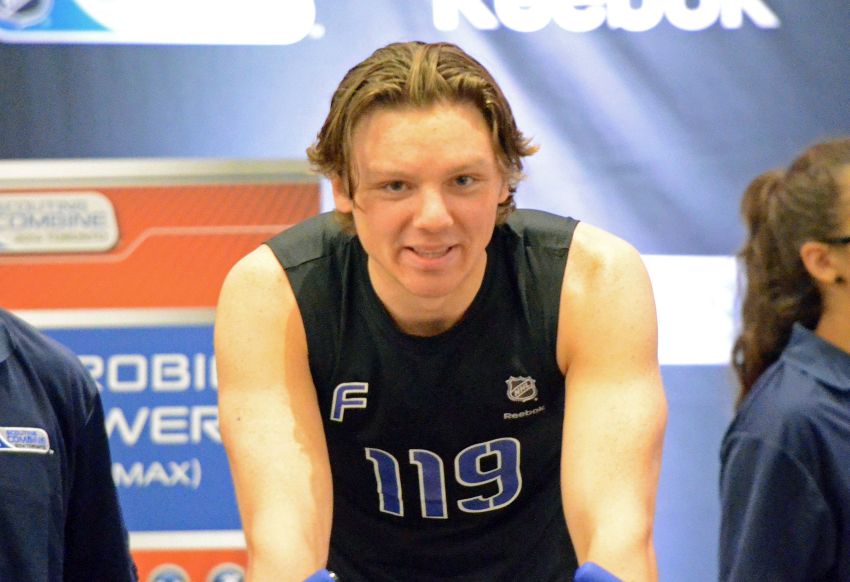 PHILADELPHIA – Not surprising, the Buffalo Sabres selected slick center Sam Reinhart with the No. 2 pick tonight at the NHL Entry Draft inside the Wells Fargo Center.

The Sabres desperately need elite talent up, and Reinhart, a star with the Western Hockey League’s Kootenay Ice, could be a franchise forward someday.

Stay tuned for quotes from Reinhart and more details.

Update: Here are a few quotes from Reinhart:

On knowing the Sabres wanted him:

“I think so. I’ve been prepared for it for a long time. I’ve certainly visualized myself in this uniform. I’m just thrilled and ecstatic to really make an impact there and go to Buffalo for the first time.”

On what sold the Sabres on him:

“I think the biggest thing is I feel ready to play. It’s a young team. I’m very familiar with that organization. I’ve been picturing myself in this uniform for quite some time.”

On playing in the NHL next season:

“I know it’s not going to be given to me right away. I’m going to do everything I can to step in there and make an impact and take advantage of every opportunity.”