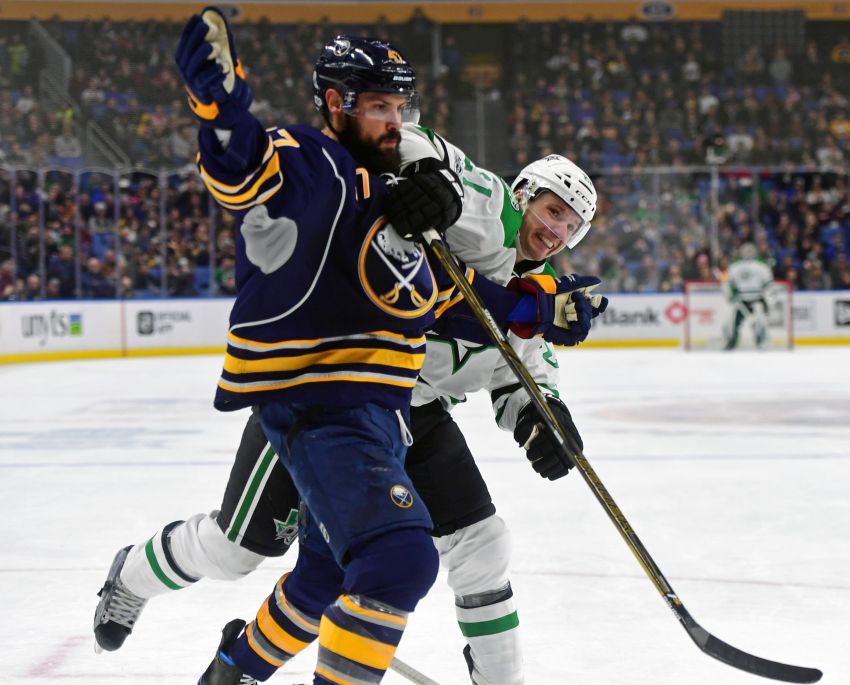 BUFFALO – Some quick updates from KeyBank Center, where the Sabres practiced this morning following Saturday’s 4-0 win against Ottawa:

“It’s a wear-and-tear injury for Will,” he said.

– Could former Sabres center Derek Grant be coming back to Buffalo? Nashville, which claimed Grant from Buffalo on Jan. 11, waived him again today.

The Sabres have been using winger Nick Deslauriers as a fourth-line center for a few minutes a game and moving his wingers up to other lines to receive more action.

Right now, the Sabres don’t have much of a fourth line.

Grant has one assist in six games with the Predators. He had three assists in 35 contests with the Sabres.

The 26-year-old has zero goals in 81 NHL appearances.