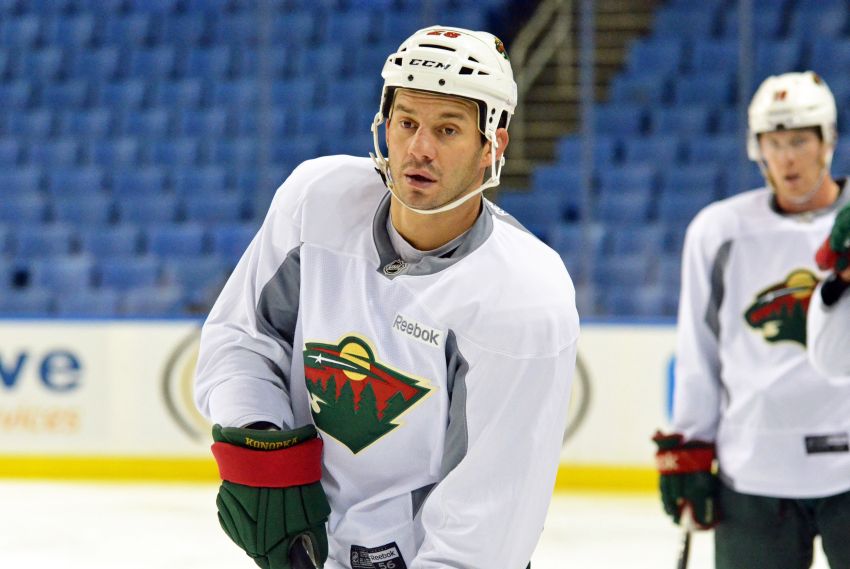 BUFFALO – Zenon Konopka isn’t joining the Sabres just for his grittiness and supreme faceoff skills. In the 33-year-old center, a ferocious fighter, the team also possesses a hardworking veteran the youngsters can look up to.

“Those type of guys are really good role models for the younger players,” interim coach Ted Nolan said this afternoon inside the First Niagara Center shortly after the Sabres claimed Konopka on waivers. “They last that long because they have that special ingredient to work and compete.

“Matty Ellis is the same type of guy. You don’t have to be blessed with a lot of skill. But if you can have that certain amount of grit and determination. That also goes a long ways.”

Of course, Nolan wants to use Konopka, one of the NHL’s best faceoff men, in the dot.

“If you look at our faceoff situation, too, we can certainly use a faceoff man,” he said.

Sabres winger Matt Moulson, who played with Konopka with the New York Islanders in 2010-11, called him a “great team guy.”

“He someone who’s always got his teammates’ back,” Moulson said. “He competes hard. He brings it every night no matter how many minutes he plays. He’s a great guy in the locker room and excited to get him here.”

With Konopka, tough guy John Scott and the injured Cody McCormick, the Sabres have three players known for fighting.