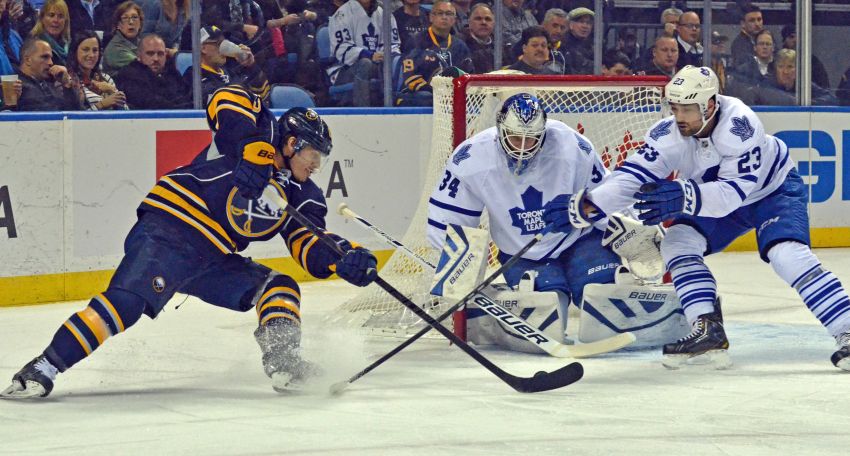 BUFFALO – Sabres center Tyler Ennis was entering the Washington zone on the forecheck Sunday when he noticed Capitals defenseman Dmitry Orlov had his head down trying to keep the puck in near the right circle along the boards.

A second later, the 5-foot-9, 169-pound Ennis laid a thunderous hit on Orlov 14:56 into the third period, knocking his helmet off and drawing a roar from the 19,070 fans inside the First Niagara Center.

Orlov has three inches and 41 pounds on the diminutive Ennis.

“He really had no idea that I was coming down,” Ennis said following the Sabres’ 2-1 shootout win. “I had some good speed. When the game’s … not going offensively, sometimes you got to lay your body out. I just tried to put all my frame into it.”

Ennis has 141 hits in his career. Was that the best one?

“They just gave the Carubba Collision to Johnny Scott and they had to take it away to Enzo,” he joked. “I thought that was awesome, a little guy but he plays with a lot of heart, a lot of passion, a lot of speed. His game’s really elevated this last month or so.”

3 thoughts on “Sabres’ Tyler Ennis on thunderous hit: ‘No idea that I was coming down’”