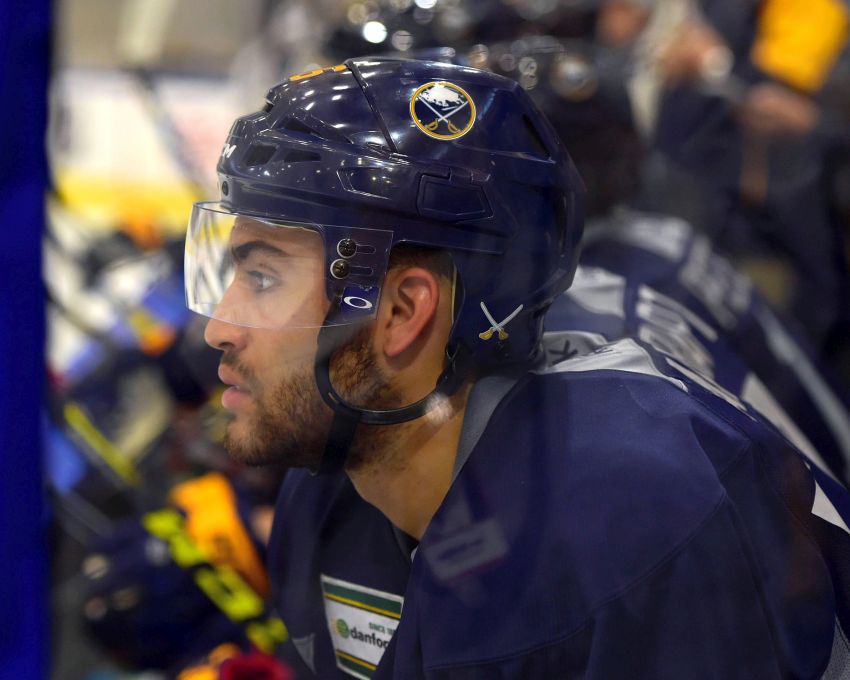 BUFFALO – Williamsville native Justin Bailey’s career in the Sabres organization is over.

The Sabres traded Bailey, a winger with 52 games of NHL experience, to the Philadelphia Flyers for forward Taylor Leier late Thursday.

The 5-foot-11, 180-pound Leier, 23, has compiled two goals and seven assists in 55 games with the Flyers over the last three seasons.

Leier, however, has mostly played in the AHL over the past five years, scoring 56 goals and 136 points in 226 games with the Lehigh Valley Phantoms. The Saskatchewan native has scored 10 goals and 19 points in 34 contests this season.

The Flyers drafted Leier in the fourth round in 2012, 117th overall.

Meanwhile, Bailey’s days with the Sabres appeared numbered when they waived him in training camp and assigned him to the AHL.

After beginning his fourth season with the Rochester Americans, Bailey was quickly a healthy scratch. He rebounded a bit, though, compiling nine goals and 20 points in 37 games this season.

Bailey, 23, has scored five goals and eight points in his NHL career. He has often been a notable scorer in the AHL, compiling 62 goals and 119 points in 196 games.

The Sabres drafted him in the second round in 2013, 52nd overall.