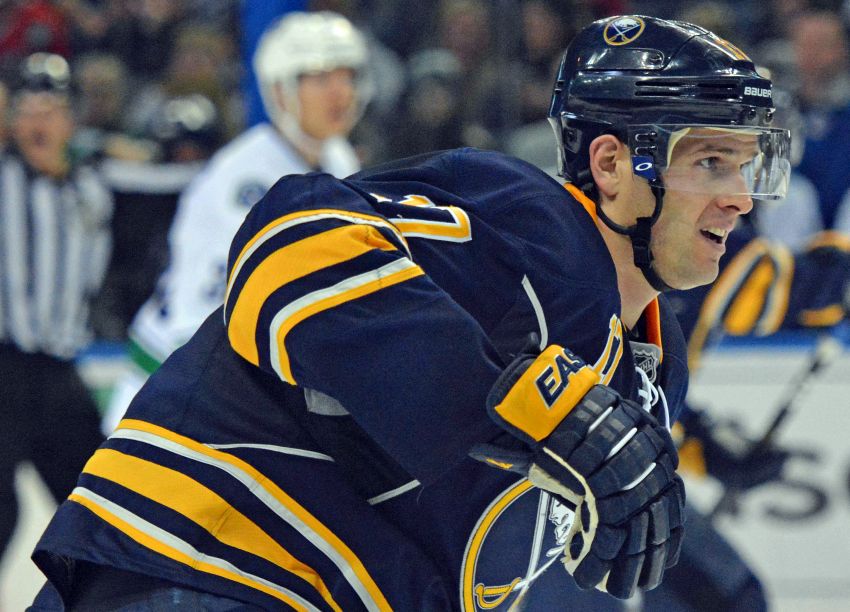 BUFFALO – On another team, Torrey Mitchell would simply be a checker, a speedy asset on the third or fourth line. The Sabres’ dearth of top talent has helped the 30-year-old morph into the rebuilding club’s No. 2 center.

Sabres coach Ted Nolan has been leaning on Mitchell, skating him more than 15 minutes a night. Mitchell has never enjoyed so many responsibilities or played so much in his eight-year career.

But this afternoon’s road tilt against the Florida Panthers could be Mitchell’s final appearance with the Sabres.

Mitchell, a free agent following the season, will likely be dealt before the trade deadline Monday. Given the veteran’s versatility – he plays center and wing – and sturdy style, he should fetch a high draft pick or a solid prospect.

The Sabres might lose one of their best players. Mitchell might lose Nolan and a terrific opportunity.

“I’m a UFA, so as a UFA it crosses your mind,” Mitchell said Friday inside the First Niagara Center about getting traded. “Those are the guys most likely to get moved. I haven’t let it affect my day-to-day preparation, my attitude at the rink.”

Mitchell, who was acquired at the 2014 deadline from Minnesota, said the uncertainty “doesn’t eat away at me at all.”

“It’s part of the game,” he said about the deadline. “It’s the business side of things.”

This time of year is “weird” for every team, Mitchell said.

“You kind of expect three, four, five changes per team,” he said. “I know some teams don’t tinker with their lineups going into the last playoffs push. But teams that aren’t going into the playoffs, it’s almost certain there’s going to be change. You just show up, try to be a good professional and try not to think about it.”

Is there any chance Mitchell could stay with the Sabres?

Mitchell’s value might never be higher. He scored twice in Thursday’s 6-3 win against Vancouver, registering a career-high plus-4 rating. It was perhaps the finest of his 59 games with the Sabres.

The Montreal native buried Matt Moulson’s pass in front after dishing to his winger early, one of the Sabres’ prettiest goals this season. In the third period, he scored the winner, backhanding a shot from the bottom of the left circle.

Despite all of the ice time, Mitchell went 29 games between goals. He hadn’t scored since Nov. 22.

But Mitchell’s game isn’t about scoring goals. He possesses a straightforward, no-frills style. He does the little things well.

In training camp, it appeared Mitchell’s hardworking style would at least earn him a roster spot. His role, however, was unclear. He mostly played on the wing before this season.

“As far as the coaching staff, I don’t think Torrey’s ever been on the bubble with us,” Nolan said. “As far as his numbers are concerned, we knew what he was capable of.”

Mitchell added: “Coming into training camp, there’s always question marks. I felt like I always had to earn my place, and it was no different this year.”

“I think certain guys just need that extra confidence put into them,” Nolan said. “If they haven’t got that confidence, it’s a tough thing. … Plus he’s a great teammate.”