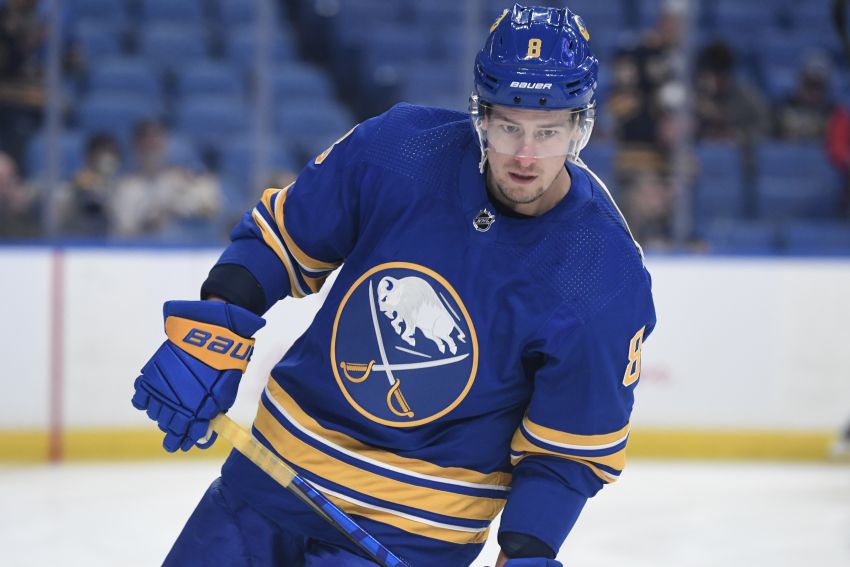 With seven healthy defensemen, Granato has been rotating players in and out. Jacob Bryson watched one game last week before Pysyk was scratched for the Sabres’ 5-3 win over the Montreal Canadiens, the first time he has sat out this season.

Pysyk skated beside Bryson this morning inside KeyBank Center.

“We have liked Fitzgerald and Samuelsson together,” Granato said of the pairing.

Granato said Mittelstadt, who was experiencing problems after undergoing surgery in early December, is getting “better and better every day.”

Granato said the Sabres are trying to push Mittelstadt “even above game demand to see how he responds.”

“The nice thing is the response that we’re getting now is that his body has to recover from a workout,” he said. “The injury doesn’t seem to be any issue, so we’re past that hindrance, which is a real good thing. The last complications he has were the muscles around the injury overcompensating and tightening up, and we’re not seeing that now, we haven’t to this point. So that’s really encouraging.”

Mittelstadt’s last appearance was the second game of a back-to-back. The Sabres play Saturday and Sunday. How would the Sabres handle his recovery if he can play?

“Who knows, I might think he’s fine for back-to-back,” Granato said. “But we would monitor that after game one.”