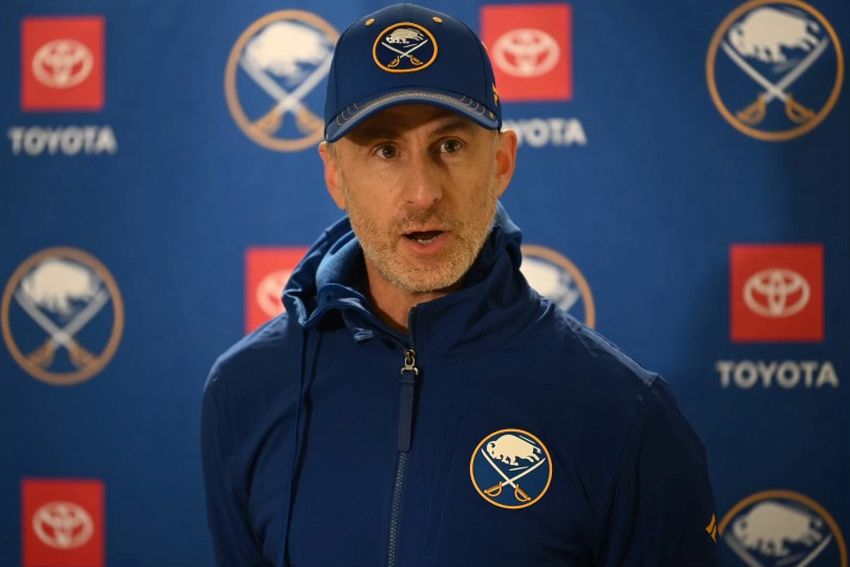 BUFFALO – In signing coach Don Granato to a multi-year contract extension, the Sabres have stability behind the bench they haven’t enjoyed since Lindy Ruff’s tenure in the early 2000s.

In inking Mattias Samuelsson to a seven-year, $30 million deal, they locked up a 22-year-old first-pair defenseman.

This morning was very significant for the Sabres, who open the season Thursday against the Ottawa Senators at KeyBank Center.

While Granato said he wants to stay in the moment and not give too much thought to his new contract, he acknowledged “this is the place I want to be.”

“This is a place I want to make right and I want to win here,” he said. “And I think what we’re building and the progression and the sequential movements that we’ll see and continue to see, we are going to win here, we’re going to be successful here doing what we’re doing. And when I had this presented to me as an offer, it’s to me my mind is all on that, trying to be successful here. It was an easy yes, this is what I want to get to the work of it.”

The 6-foot-4, 227-pound Samuelsson said he had an easy decision.

“I want to be a part of this for a long time,” he said. “That feeling was always there from my side. When they expressed that they were interested in the long-term, too, it wasn’t too long before something came together. It was a pretty easy process when both sides were pretty much on the same page the whole time.”

Stay tuned for full stories on Granato and Samuelsson.