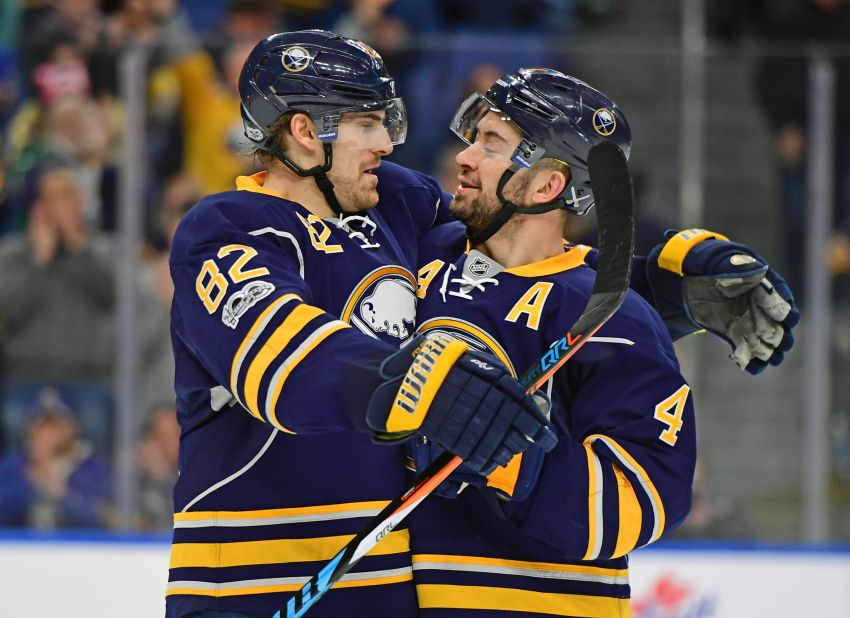 BUFFALO – Following Thursday’s 6-3 win, a contest tighter than the score might indicate, winger Evander Kane bluntly assessed the current edition of the Arizona Coyotes, a hapless outfit the Sabres lost to earlier this week.

“They’re not a very good hockey team,” said Kane, who scored the winning goal 14:24 into the third period. “Let’s be real here.”

Well, they were good enough to beat the Sabres five days ago.

Despite ranking 29th overall, they’ve given the Sabres fits. The Coyotes stunned them Sunday in Arizona, scoring three-straight third period goals to win 3-2.

On Thursday before 18,116 fans inside KeyBank Center, the Sabres had a 31-10 shot advantage through two periods, yet only led 3-2.

After Sunday’s debacle and Tuesday’s 5-4 overtime loss to Nashville, a game in which the Sabres blew another late two-goal lead, it seemed like a matter of if, not when, the Coyotes would tie it.

“It was our chance to make a statement, prove the last couple games is not who we are,” Sabres coach Dan Bylsma said.

But Alex Goligoski scored 8:20 into the third period, tying it at 3.

“You do have a little bit of that feeling of ‘here we go again’ with the situation,” Bylsma said.

Then struggling center Ryan O’Reilly, who had one assist during the Sabres’ four-game losing streak, made the niftiest play of the night, feeding Kane with a no-look backhander from the left circle. Kane quickly one-timed the puck at the edge of the slot, beating Arizona goalie Mike Smith.

Kane, incredibly, has scored all 23 of his goals in the last 40 games.

At this point, three months into the best goal-scoring stretch by a Sabre since Thomas Vanek’s torrid run in 2008-09, Kane’s almost expected to do something special.

“I expect to score every game whether I got zero goals or 100 goals,” Kane said. “I had some great opportunities throughout the course of the game before I scored, I was disappointed.”

Bylsma added: “He seems to find a way to be a goal scorer for us in a lot of different ways at this point in time.”

The Sabres sealed the game with an empty-net goals from Marcus Foligno, his second of the night, and Sam Reinhart.

“You’ve got to try to get yourself out of it,” he said. “It’s do-or-die hockey for us and luck isn’t on our side when it’s 3-3 and you’re outshooting a team by 22 shots. It’s just staying the course and being positive on the bench. The bench was good throughout.”

Not surprisingly, the Sabres ended their troubling skid, which basically kicked them out of the playoff chase, by getting big nights from their top talents.

O’Reilly also created Foligno’s first-period short-handed goal, which tied the game, and scored on the power play in the second, putting the Sabres up 2-1.

“I’m really disappointed in myself these last few games coming off the break,” O’Reilly said. “It’s on myself. I’m one of the key guys that has to lead this team into the playoffs.”

The Sabres, who often sit back when they get a lead, are usually at their best when they’re attacking.

“We’ve got to understand to be aggressive and just to never let off the gas pedal and just keep going,” said Foligno, who has a career-high 12 goals.

The Sabres, however, suffered one loss Thursday. Winger Kyle Okposo, whose 43 points leads the team, left the game with a rib injury following the second period. Kevin Connauton hit him into the boards about halfway through the period.

Okposo, who had two assists, was getting X-rays, Bylsma said. He had no update.