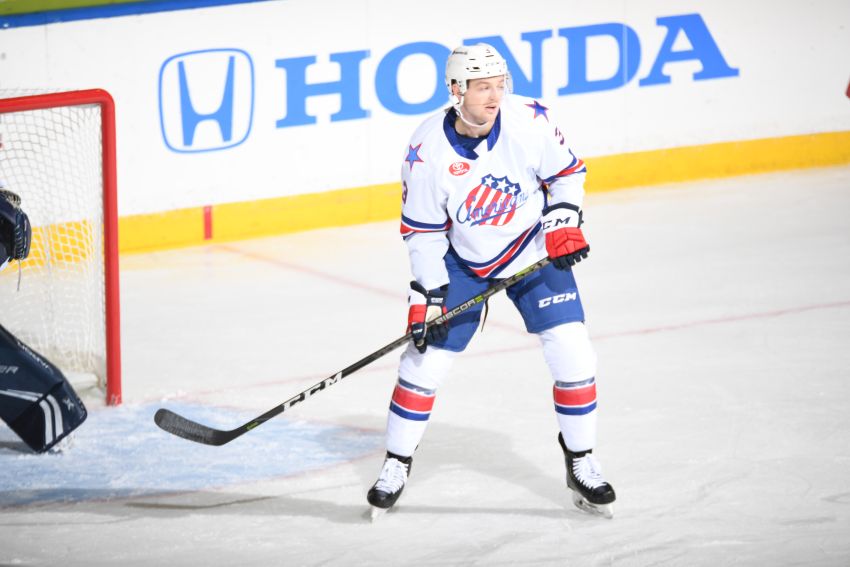 Will Borgen has been going up and down from Rochester to Buffalo. ©2019, Micheline Veluvolu, Rochester Americans

The Buffalo Sabres sent prospect Will Borgen, their extra defenseman the last two games, back to the Rochester Americans this afternoon.

The Sabres also assigned Borgen, 22, to the Amerks on Saturday. He played for the AHL club later that day before they recalled him again Sunday.

Borgen will likely play in Wednesday’s home game against the Providence Bruins.

With Marco Scandella out with a lower-body injury, the Sabres have needed a seventh defenseman for depth.

The Sabres, who had today off, don’t play again until Friday in Washington against the Capitals.