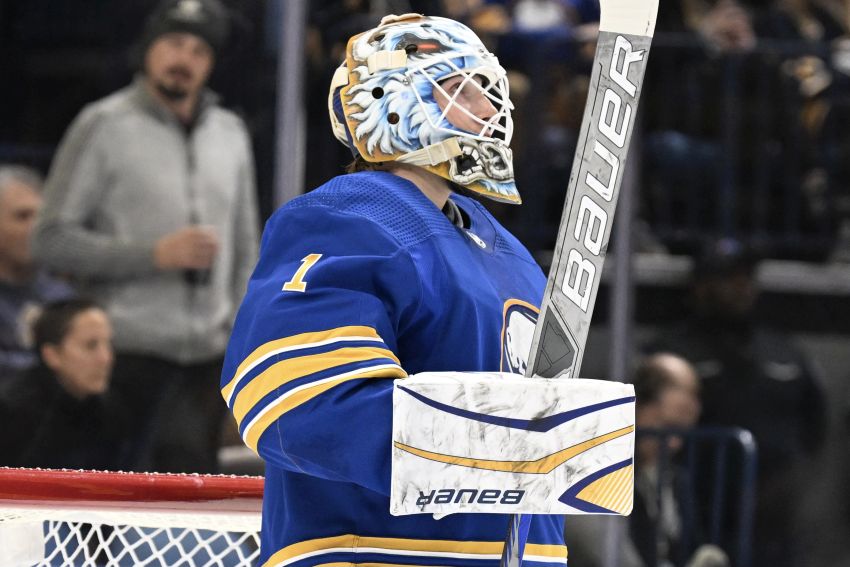 BUFFALO – The Sabres late this afternoon assigned goalie Ukko-Pekka Luukkonen to the Rochester Americans, a move that allows them activate Eric Comrie from injured reserve.

Comrie, 27, has missed the last 20 games recovering from a lower-body injury he suffered on Nov. 16. He will likely dress as Craig Anderson’s backup tonight against the Philadelphia Flyers at KeyBank Center.

Given Luukkonen’s hot streak – he has won six straight starts and eight of his last nine – he will likely he will be recalled soon. The rookie is expected to keep earning regular action with the Sabres.

The Sabres host the Seattle Kraken on Tuesday.

Clearly, the Sabres, who have a full 23-man roster, don’t want to try to force a player through waivers and risk losing him. Sending Luukkonen down buys them time.