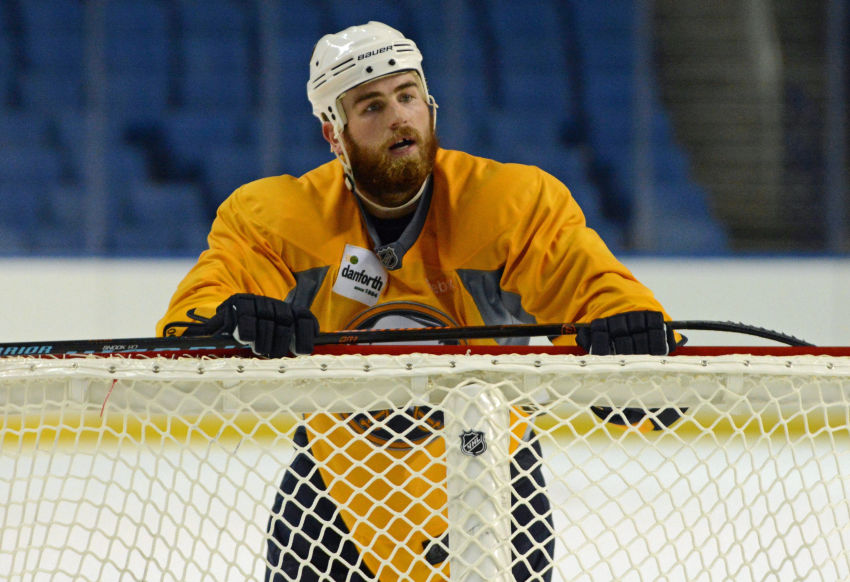 “I guess the market wasn’t the same as it is here, the excitement around,” O’Reilly said this morning inside the First Niagara Center after the Sabres reported to training camp for physicals.

In hockey-mad Buffalo, O’Reilly, a June 26 acquisition, keeps getting stopped by fans.

This season should be fun for the Sabres and their rabid fan base. Having finished 30th overall two straight seasons, expectations are still low. The playoffs might have to wait for another season. But fans and players sense something special is being constructed.

Center Jack Eichel, the second overall pick, is beginning what could be a brilliant career. O’Reilly, the marquee piece of a blockbuster trade with Colorado, was brought in to be the No. 1 center. Former 30-goal winger Evander Kane, a February acquisition from Winnipeg, has recovered from shoulder surgery and is ready to make his Sabres debut. New coach Dan Bylsma won a Stanley Cup in Pittsburgh.

Kane, 24, hasn’t played since Feb. 2, shortly before his career with the Jets went sour. The long layoff gave him “a little taste about retirement would be like,” he said.

Kane got on the ice once in June and started skating regularly in late July.

“Getting back on the ice, I think it was kind of like starting something new,” Kane said. “I’d been off … for the longest I’d ever been in my life. So just kind of getting that discipline back with training, kind of learning how to battle through the pain a little bit in terms of getting back into shape was tough. But I feel good.”