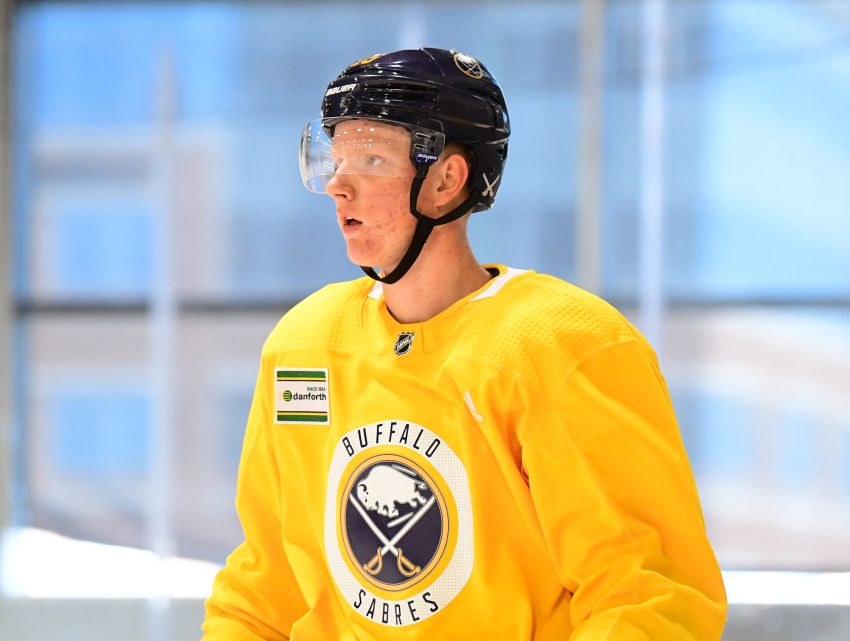 If the gaffes rattled Dahlin, 18, you couldn’t tell. That of, course, is hardly surprising.

Amid all the hype surrounding him, the Swedish defenseman keeps showcasing a maturity that belies his young age.

“(Stuff) out there happened but you learn,” Dahlin said Saturday inside KeyBank Center.

The first overall pick used another word, not “stuff.”

Like any youngster, Dahlin needs time to acclimate. He struggled at times against the Toronto Maple Leafs.

On a power play late in the first period, veteran Patrick Marleau, 39, stripped him at the blue line and roared off on a breakaway goalie Carter Hutton stymied.

Mistakes like that could be a harbinger for the next several weeks or even months. Sure, Dahlin possesses loads of talent. But so do plenty of veteran players.

Marleau, a 535-goal scorer, entered the NHL 21 years ago next month, more than two and a half years before Dahlin was born.

“He’s pretty cool and calm. We’re going to have some growing pains at times, but I like that he still makes the plays, though. He’ll make a mistake, he’s not afraid. He’s very confident in his abilities and we are, too. As we move forward, I think he’ll learn from these things. He’s a very smart hockey player.”

In other news, the Sabres assigned forward Tyler Randell to the Rochester Americans today.

One thought on “Sabres rookie Rasmus Dahlin brushes off mistakes”