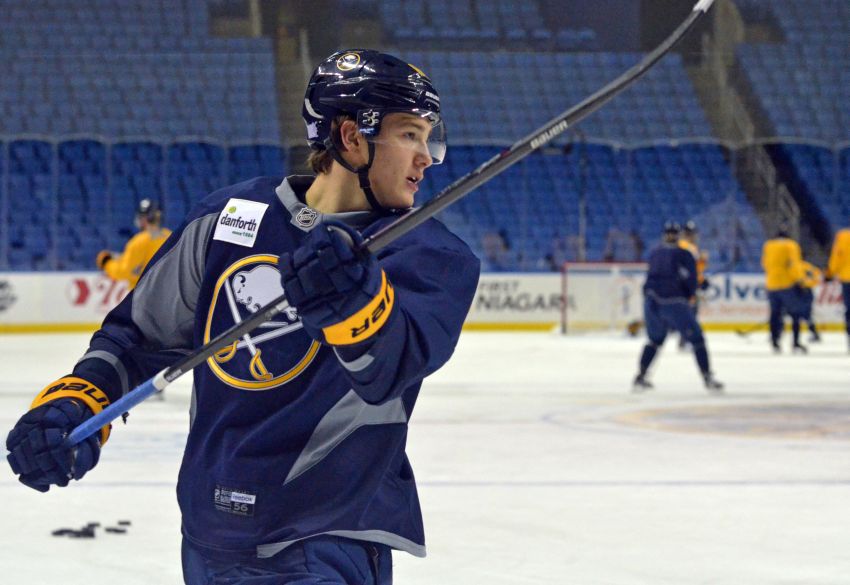 BUFFALO – If you enjoyed watching Sabres rookie Nikita Zadorov thump opponents during his NHL debut, get ready to see more of the 18-year-old Russian tonight against the gritty Boston Bruins.

Sabres coach Ron Rolston plans to play the 16th overall pick in June more than the 11:01 he skated in Saturday’s 4-2 loss to Colorado.

“Matchup-wise, he’s got size, and he’s physical,” Rolston said this morning inside the First Niagara Center. “He had six hits last game, led our team physically. He’s a guy that can clear people out in front. So it’ll be another real good challenge for him.”

He added: “I’m excited. It’s my dream to play in the NHL. I’m playing tonight against one of the top teams in the league.”

In other lineup news, Ryan Miller will start his fourth straight game in goal.