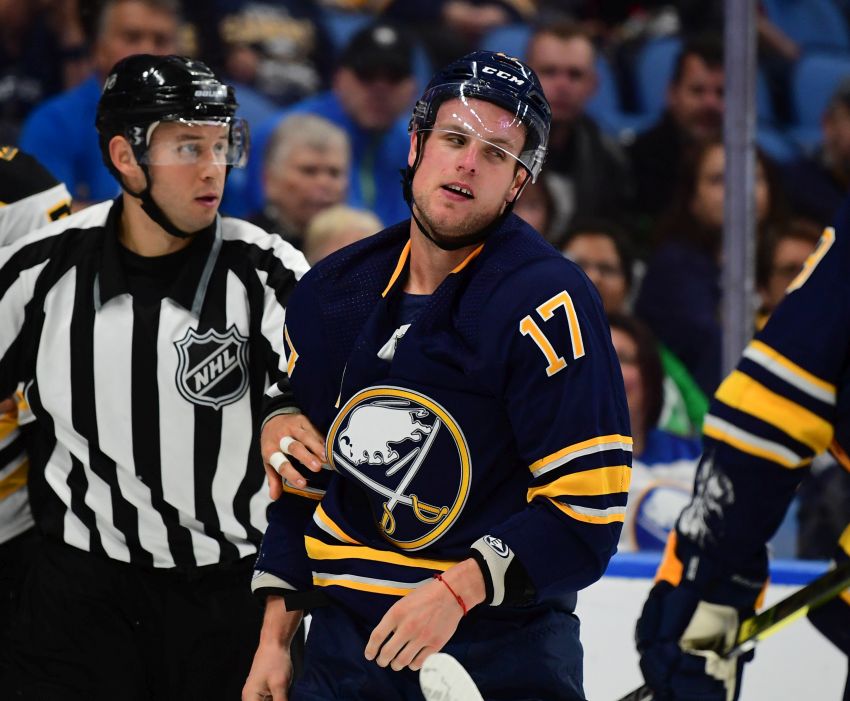 “I walked in this morning to the group and said … ‘The sun came up,’” Housley said following practice inside KeyBank Center.

The setback to the Boston Bruins, of course, was just one of 82 games. But given the Sabres’ sorry history in recent seasons, the loss triggered some anger in fans, who booed the home team off the ice following the second period.

After undergoing a slew of changes during the offseason, the Sabres resembled last year’s awful squad.

So Housley, who spoke passionately following the loss, was vocal during today’s practice. At one point, he stopped the session to instruct his players.

“A lot of the times it’s just teaching and telling guys where they need to be, what they need to do in our systems and structure,” Housley said. “A lot of guys that are new, we can’t assume they know it, so we just go over it and make the corrections and go forward.

“So when you do stop practice, it’s not so much a point of emphasis on something that’s broken. We’re trying to fix it but learn from it. But I did like the reaction when we did talk about it.”

Check back later for more on Housley holding the Sabres accountable.

“We did some things not very well last in the game that we pointed out, and then we continued to do some of those things in practice, and he held us accountable for it,” Sabres winger Kyle Okposo said. “That’s what he’s supposed to do. So he was definitely vocal. I think we got the message.”

In other news, Sabres winger Vladimir Sobotka missed today’s session and is day-to-day after suffering an upper-body injury, Housley said. Sobotka briefly fought Charlie McAvoy on Thursday, although neither received a major penalty.

If Sobotka can’t play Saturday against the New York Rangers, winger Remi Elie, a waiver claim from the Dallas Stars, will likely make his Sabres debut.

“I like Remi, just the way he practices, he’s got an energy about him,” Housley said. “He can skate, he can pass, he can shoot. He’s going to get a look at some point.”