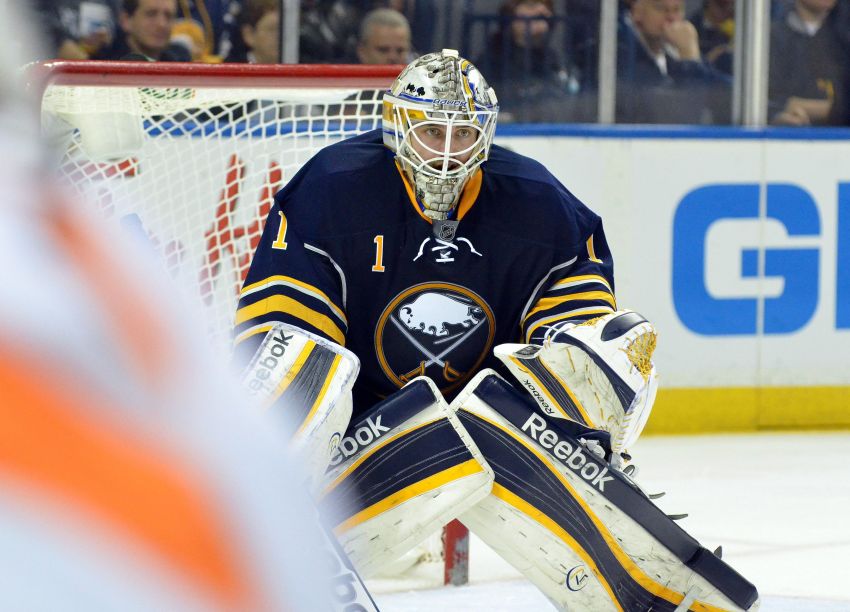 BUFFALO – The Sabres have re-signed goalie Jhonas Enroth, who would’ve become a restricted free agent next month, to a two-year contract, the team announced this morning.

The backup would likely have the inside edge for the No. 1 job next season if the Sabres trade starting netminder Ryan Miller this offseason.

After struggling for more than a year, the Swede finished this season strongly, going 4-1-1 with a 1.47 goals-against average, a .956 save percentage and one shutout in his last six starts.

Not long ago, it was difficult to envision a reeling Enroth keeping the No. 2 job, let alone being an NHL starter.

The 24-year-old’s fast start and subsequent struggles have been well documented. He won nine straight games from the end of 2010-11 into the beginning of last season. He even put Miller on the bench two straight contests in November 2011, igniting a goaltending controversy.