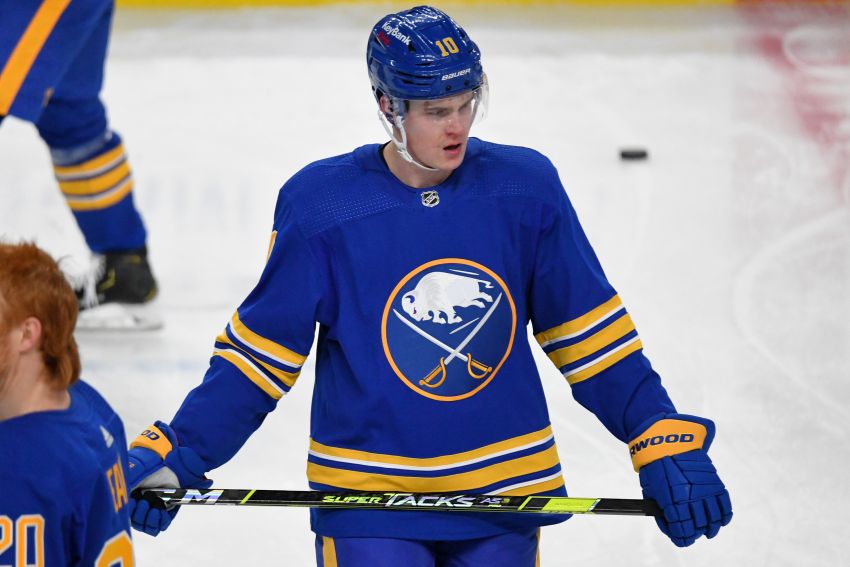 Defenseman Rasmus Dahlin is now the Sabres’ only restricted free agent. Training camp is scheduled to begin later this month.

The Mittelstadt and Jokiharju deals, which carry $2.5 million salary cap hits, could look like bargains in the near future.

Mittelstadt, 22, enjoyed a breakout stretch under new coach Don Granato and will likely be the rebuilding Sabres’ top center this season. Captain Jack Eichel, who wants to be traded, is still recovering from a neck injury. The Sabres dealt center Sam Reinhart, their leading scorer, to the Florida Panthers on July 24.

Mittelstadt scored nine goals and 17 points over the final 22 games last season. Overall, he compiled 10 goals and 22 points in 41 contests.

While Mittelstadt had a strong camp last season and performed well in limited action, he mostly skated as a fourth-line winger. But he began unlocking his potential after Granato took over March 17.

Meanwhile, Jokiharju, 22, cemented regular duty again late last season after enduring a rough stretch in which he was scratched and assigned to the taxi squad.

Under Granato, the 6-foot, 199-pound Jokiharju often showcased the steady form that made him arguably the Sabres’ most consistent defender in 2019-20, his first season in Buffalo.

The Sabres acquired the Finn from the Chicago Blackhawks in 2019 in exchange for winger Alexander Nylander.