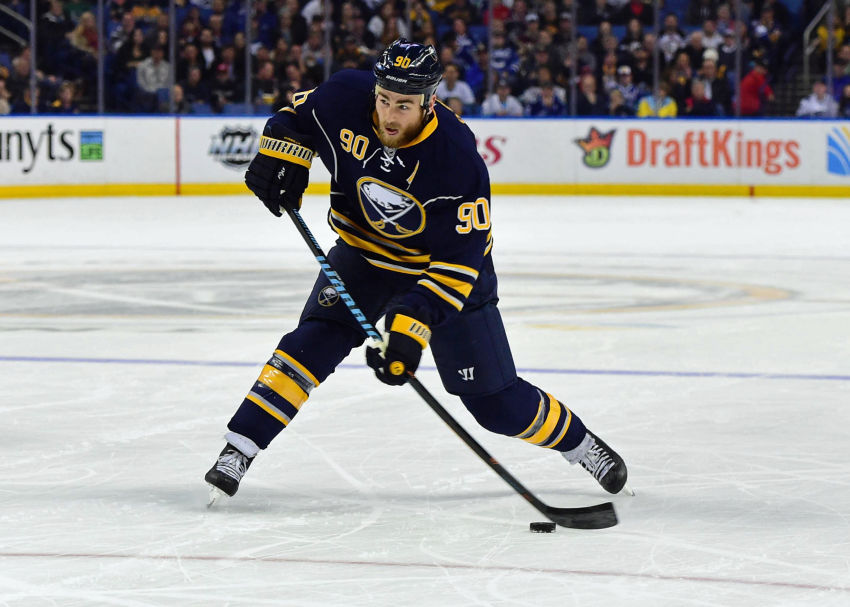 BUFFALO – Somehow, some way, the Sabres have been finding ways to win recently, and when Ryan O’Reilly tied Saturday’s tilt early in the third period, it looked like they might do it again.

Heck, they had to, right? They were playing the San Jose Sharks, a team that had won here once in its 24-year existence.

But the upstart Sabres, who reached .500 for the first time in three seasons on Thursday, couldn’t convert a slew of strong opportunities late, including a chance slick rookie Jack Eichel generated in the waning seconds as he zoomed to the net and lost control.

Sharks star Patrick Marleau then scored 2:59 into the three-on-three overtime, ending the Sabres’ winning streak at three games and giving San Jose a 2-1 victory, its first win here since Dec. 2, 2005.

The Sharks are now 2-16 all-time in Buffalo. If you’re counting, they went 3,634 days between victories inside the First Niagara Center.

“Feels good,” Marleau said. “I knew it had been a long time, but I didn’t know it had been that long. So it’s definitely nice to switch things going a little bit the other way now. Hopefully, we can get 10 in a row now.”

The Sabres, meanwhile, couldn’t earn a fourth consecutive win for the first time since December.

“I don’t think we particularly played to our strengths,” Sabres coach Dan Bylsma said. “We didn’t execute with the puck north, we didn’t play with speed, a little too slow with where we need and how to play. I don’t think we really got there until the last couple minutes of the second period.”

Marc-Edouard Vlasic opened the scoring 1:48 into the game on the power play, beating Sabres goalie Chad Johnson from the point.

Then things got quiet – really quiet.

Anyone in favor of keeping the game status quo instead of searching for ways to increase scoring might want to watch the video of the opening 35 minutes.

The Sabres created some of their best chances late in the second period. Jamie McGinn couldn’t covert a strong chance during a mad flurry in front. O’Reilly’s stick broke as he tried to convert a point-blank opportunity. Zemgus Girgensons later zoomed with the puck to the net before going down in the crease.

“It wasn’t our best game, it wasn’t our cleanest game, but we were still in it,” Sabres defenseman Cody Franson said.

O’Reilly finally beat Sharks goalie Martin Jones on the Sabres’ 23rd shot, whistling a wicked slap shot into the top left corner from the right circle. The goal, O’Reilly’s fifth and 14th point, ended the center’s five-game point drought. It also got the 18,611 fans roaring for the first time.

“I just tried to get it on net as hard as I could,” O’Reilly said. “Everything else wasn’t working.”

The consolation point the Sabres earned for reaching overtime, Franson said, was a good one.

“I thought for the most part we did a decent job,” he said. “But there’s no quit in our room. There was never a point where we thought we were out of that one. We have a lot of relentlessness with our group.”