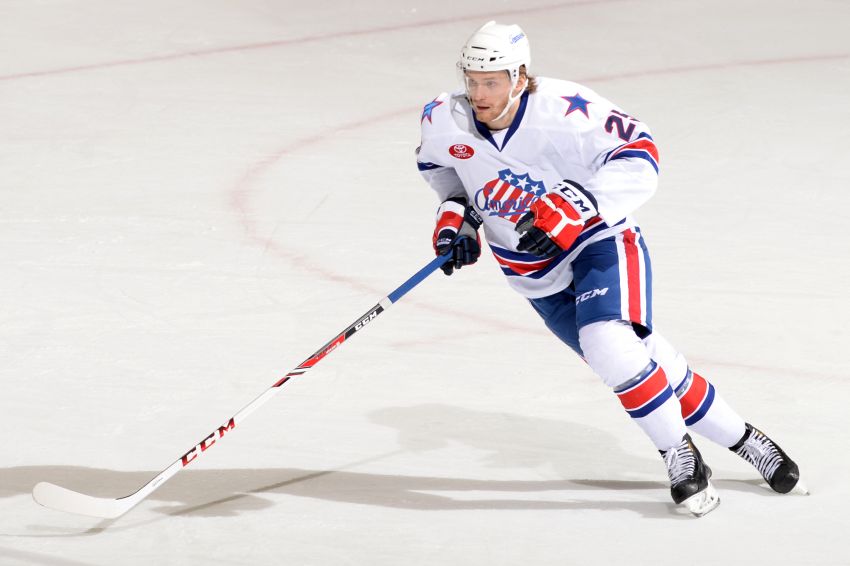 Just weeks before his 20th birthday, the prospect too good for junior but too green for the NHL has settled in nicely with the Americans.

The Amerks closed the regular season 7-1-1 with Grigorenko, who recorded his four assists in his first three appearances.

“Maybe the thing that I’m most happy about is his consistency,” Amerks coach Chadd Cassidy said. “I think he’s had one game where I didn’t think he was as good as he needed to be. But every other game I think he’s been pretty good.

“He’s around the puck all the time, not a lot of shortcuts. He’s been very detailed. The more detail he has, the more offensive opportunities he’s got.”

The Russian created plenty of offense with the Quebec Remparts, compiling 16 goals and 48 points in 28 total games after the Sabres sent him back to the QMJHL in January.

But that slick ability hasn’t translated to the NHL, where Grigorenko has three goals and eight points in 43 contests.

The meager production and a questionable compete level has left some wondering if Grigorenko will ever match his draft hype.

Having finished his junior career, Grigorenko can now play regularly in the AHL, a league that will challenge him every night, Cassidy said.

“As you move up in the ranks, you always have to find new ways to create offense because it’s not easy,” said Cassidy, whose Amerks open the Calder Cup playoffs Friday against the Chicago Wolves. “But now going from being the oldest player in junior to one of the youngest players in the American League, physically, you’re going to be in a lot tougher battles. Guys are going to be bigger, faster stronger. …

“There are very few players that can go right to the National League and produce offensively.”

What has Grigorenko learned about the AHL?

By now, Grigorenko’s story is well known. The Sabres rushed him to the NHL in 2012-13 before sending him back to junior later in the year. Then Buffalo’s old regime guaranteed him a roster spot last summer, a move that raised eyebrows.

Grigorenko struggled in the NHL this season. The team’s new brass sent him to the world junior championship in December and then back to the QMJHL. A conditioning assignment to the AHL had been rejected earlier.

The Amerks offer Grigorenko some comfort. Yes, he still has the expectations that accompany a first-round draft pick.

“But he’s coming onto a team that’s fairly established and maybe the go-to guys are pretty much established,” Cassidy said. “We have some of our top players, and certainly we expect Mikhail to produce. But he’s not thrust right into that limelight of you got to score every night in order to be successful.”

In addition, winger Frederick Roy, his close friend and junior linemate, is on the Amerks. Goalie Andrey Makarov, who grew up playing against Grigorenko, joined the team last month.

“He can walk right into our locker room and feel comfortable,” Cassidy said about Grigorenko.

“I can only really imagine how difficult it’s been on him, mentally and physically, to go what he’s gone through,” Cassidy said. “He’s handled it as well as he possibly could. Every step of the way he’s had everybody dissecting his game and telling him he’s got to do this and this and this, and he’s probably been put in some situations where he’s in a little bit over his head.

“For him to keep being able to bounce back and be productive at the levels that he’s playing at … I think it says a lot about him. He’s a competitor. All elite players are. It’s just a matter of it’s going to take a little bit of patience to get him to exactly where we want him to be. But he’s heading in the right direction.”