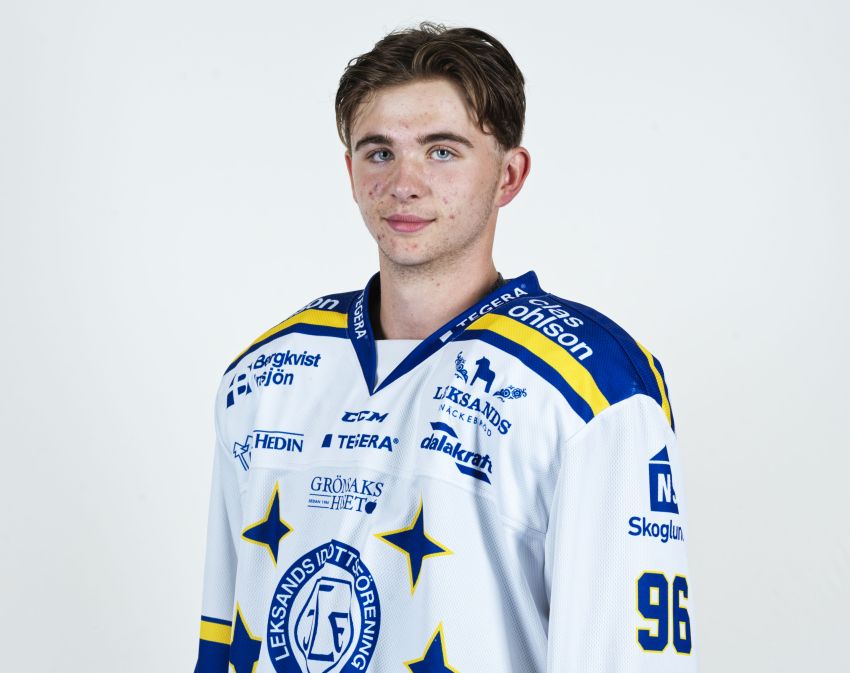 Isak Rosen has competed against men in pro hockey as a teenager. ©2021, Leksands IF

Winger Isak Rosen’s selection by the Buffalo Sabres last month turned out to be a blip during a hectic NHL Draft weekend.

Consider that barely an hour before the Sabres drafted Rosen 14th overall July 23, they added a potentially franchise-altering asset by taking defenseman Owen Power with the first pick. Earlier that day, the Sabres traded defenseman Rasmus Ristolainen to the Philadelphia Flyers in the deal that netted them the pick they used to draft Rosen.

Then shortly after the first round ended, reports surfaced the Sabres were trading center Sam Reinhart to the Florida Panthers. The next day, as they drafted nine prospects, including two second-rounders, the Reinhart deal was announced.

Of course, like Power, the rebuilding Sabres believe the ultra-talented Rosen, 18, will be a key piece of their young core in a few years. Right now, the 5-foot-11, 156-pound prospect is beginning his second season with Leksands IF, a Swedish Hockey League team.

“He knows everything that a coach really can’t teach you. He knows it by heart,” Leksands coach Bjorn Hellkvist told the Times Herald. “He has a perfect vision of the ice and he can execute the small plays, find those seam passes and set those guys up. And he has a wrist shot that’s amazing. …

“He needs to grow into his (body) and get familiar with playing against men instead of boys. And he will. Just give him time, he will.”

Goran Stubb, the NHL’s director of European scouting, wrote in an email to the Times Herald that Rosen “is an offensive-minded, finesse-type of player with a fine set of tools including skating speed, quickness, soft touch puck skills and very good understanding of the game.”

When Leksands begins the Champions League portion of its schedule this week, Rosen will likely have a spot among its top-six forwards.

Rosen spent last season with Leksands and its junior team, playing 22 games with the big club. He often skated short minutes in the SHL, recording zero goals and just one assist.

“It’s a tough environment for an 18-year-old kid to play in,” said Hellkvist, who believes competing against men helped Rosen generate confidence.

Jerry Forton, the Sabres’ director of amateur scouting, said that despite having mostly a secondary role, Rosen seized his bigger opportunities in his first extended taste of pro hockey.

“When he went down to the under-20 league, he was almost too good for that league,” Forton said July 24. “But the games he did get decent opportunity in the SHL he was very impressive to us.”

Forton said the Sabres tracked Rosen for two years before the draft and several members of the team’s brass watched him up close in the spring at the World Under-18 Hockey Championship.

“He was used in all situations at the Under-18s,” Forton said. “He plays a great two-way game. His shot and speed are at an NHL level right now. He just needs to get a little bit stronger.”

Rosen’s supreme smarts and vision compensate for his slender frame.

For now, Rosen will keep playing wing. But Hellkvist envisions him moving to center someday. During a training camp practice earlier this month, Rosen skated in the middle.

“He’s more comfortable on the wing, because when he’s been playing junior and boys hockey, he’s been playing wing,” Hellkvist said. “The way I look at this, he should play center, he is a born center. But he hasn’t been able to. I don’t know why.”