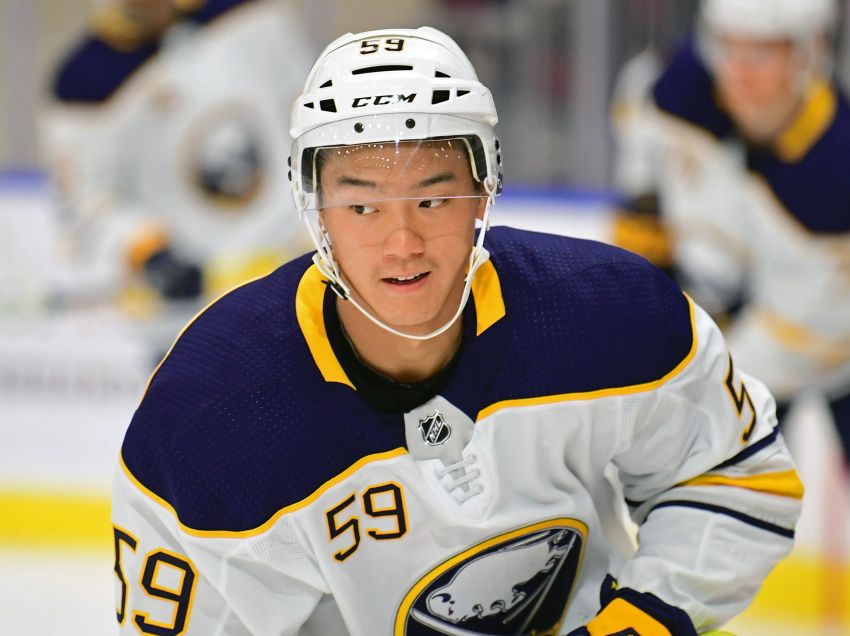 “I’m just trying to work as hard as I can, keep my mouth shut and keep my ears open … and hopefully earn a couple more days here,” Pu said this morning following practice inside HarborCenter.

So far, it has worked. One week into camp, Pu, 19, is the Sabres’ only junior prospect left in camp. Of course, Pu’s talents also have something to do with sticking around instead of returning to the Ontario Hockey League’s London Knights.

The youngster has quietly morphed into one of the team’s top forward prospects. The Sabres awarded Pu his first NHL exhibition game Monday, and coach Phil Housley said the speedster will play again this weekend.

“He’s had a great camp,” said Housley, who noted Pu’s work ethic. “It started at development camp, we liked his grit, and we want to see him in another game, hopefully soon, next two.”

The Sabres play a Friday road tilt against the Toronto Maple Leafs and host the Leafs on Saturday.

Pu compiled 35 goals and 86 points in 63 games last season. He practiced on the right wing this morning with center Kevin Porter and Nick Deslauriers.

In other news, Housley said he’s “not concerned at all” about defenseman Marco Scandella, who rested for the second straight day. Scandella underwent offseason hip surgery.

“This is all precautionary,” Housley said. “He’s in a great place right now. I thought he was going to be out today but he wasn’t. He’ll probably be out tomorrow. It’s just a day-to-day maintenance thing for him.

“We want him to feel comfortable when we start getting up for the regular season. He’ll get his practices in. I’m not worried at all.”