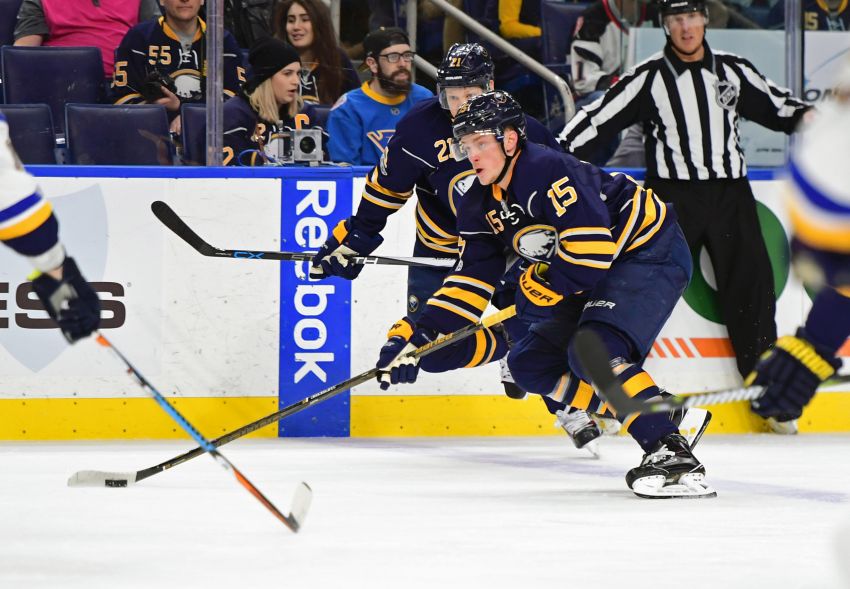 BUFFALO – Having led Team USA at the Sochi Games in 2014, Dan Bylsma has what he called a “feeling about the Olympics” as both a coach and a fan.

“Most of my feelings are from a fan perspective,” the Sabres coach said today, a day after the NHL announced its players wouldn’t be participating in the 2018 Pyeongchang Games.

As a fan, Bylsma said he likes “it when the best players are playing in the best tournament in the world.”

As a coach, though, Bylsma understands how difficult the Olympics can be for the NHL and its teams. The season must be halted for three weeks. Star players can get injured or return worn out. The NHL schedule also becomes condensed and tougher.

“I’m somewhat disappointed the best players aren’t going to be playing in the best tournament, but I also understand it from the league’s side and from the coaches’ side,” Bylsma said following practice inside KeyBank Center. “It’s a tough tournament to send your players to.”

Still, players don’t care. They want to go badly, even if they must travel to South Korea.

The NHL Players’ Association lashed out at the NHL’s decision, saying in a statement, “The players are extraordinarily disappointed and adamantly disagree with the NHL’s shortsighted decision to not continue our participation in the Olympics.”

The NHL, which has argued it deserves some of the International Olympic Committee’s revenue, has participated in every Winter Olympics since 1998.

Of course, Sabres center Jack Eichel, who would’ve been a surefire pick for Team USA, wants NHL talent to stay in the Olympics.

“It’s a little bit disappointing … as a player who takes pride in representing his country and who’s done it before,” he said. “I think I can only speak for myself, I think it’s something the players in the NHL look forward to, and as a young kid just breaking into the league, it’s something I definitely watched growing up and looked forward to every year.”

Eichel believes the Olympics help grow hockey around the world.

“The World Cup was a great experience (in September), but in terms of hockey, it’s obviously really popular in North America, especially places like Toronto, where the World Cup was held,” he said. “To be able to play the game in other continents, other places, allow them to see how exciting and what type of game we play, it’s a good opportunity.

“I can’t comment on the NHL’s decision. I know there’s probably guys who are frustrated with it and a little bit disappointed.”

Each Olympics, Sabres goalie Robin Lehner said he watches sports he has never seen before. The Swede figures a lot of non-hockey followers tune in, see the game’s best players and become fans of the sport.

Sabres defenseman Dmitry Kulikov, a Russian, added: “It’s a huge honor. It’s unfortunate NHL players are going to miss out on such a great event.”

One thought on “Sabres players think NHL should stay in Olympics”