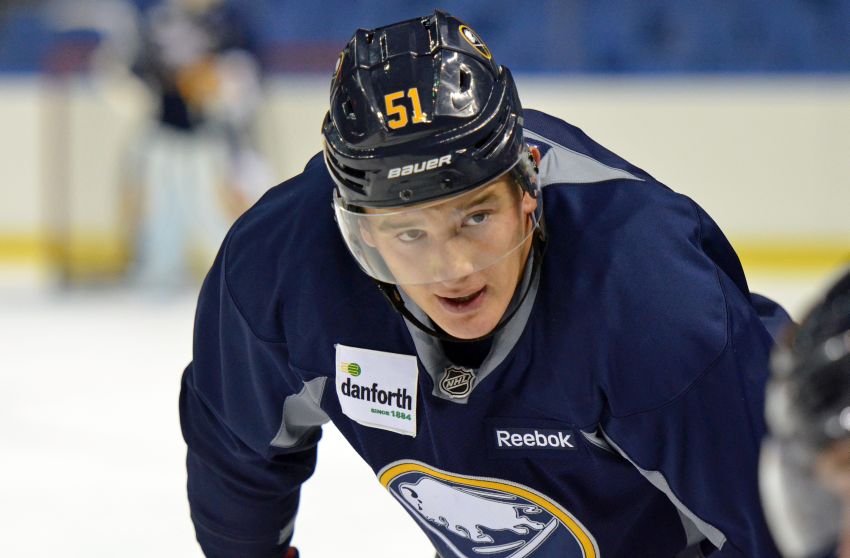 Tuesday’s tilt against the San Jose Sharks will be Zadorov’s ninth game. His contract activates with a 10th appearance.

Zadorov, the No. 16 pick in 2013, has endured a long road to regular duty. He had sat out all but one game before Nolan inserted him two weeks ago. The Sabres were essentially stashing him because they couldn’t send him back to junior.

In other news, Nolan said the Sabres will use the same lineup Tuesday that beat Toronto 6-2 on Saturday. Goalie Michal Neuvirth will start.

The Sabres have beaten the Sharks, one of the NHL’s top teams for years, seven straight times. They won in San Jose last month.