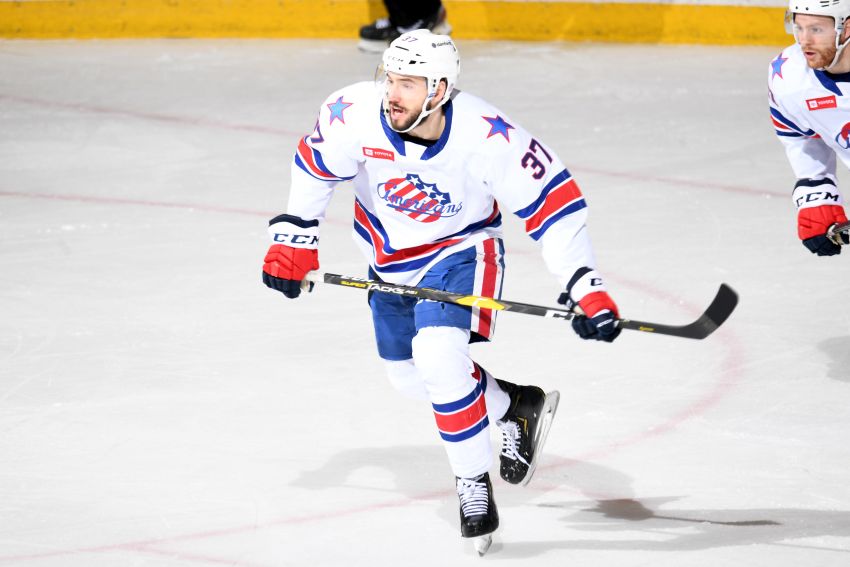 BUFFALO – The Sabres placed winger Dalton Smith on waivers this afternoon, according to Sportsnet’s Elliotte Friedman.

Smith, 27, made his NHL debut in Tuesday’s 6-4 loss to the Tampa Bay Lightning, skating just one minute, 26 seconds.

The tough guy had played on an AHL deal with the Rochester Americans the last three seasons.

Smith skated with the Sabres this morning at KeyBank Center as they prepared for tonight’s game against the Edmonton Oilers.