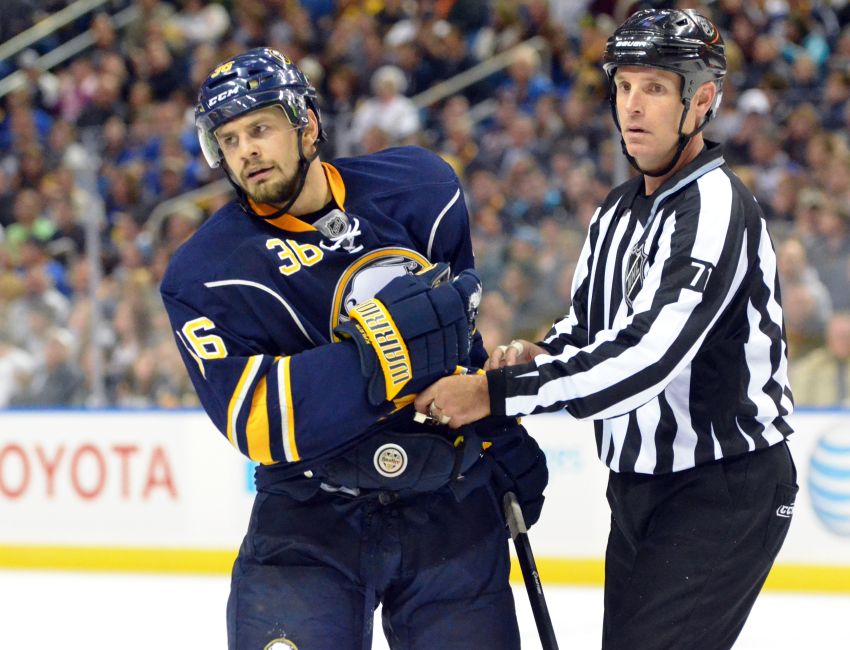 But the reformed Cooke has offered to help Kaleta refine his game after his second ban in 21 games and fourth in four seasons.

“It’s cool, because as you know, I don’t really expect to have a lot of friends on other teams, stuff like that,” an upbeat Kaleta, who’s four games into the suspension, said after practicing today inside the First Niagara Center. “It’s interesting because I don’t know his background or anything. I’m assuming he’s worked pretty hard to get to where he is. (It’s) sort of the same boat there.

“So we kind of understand where I’m coming from and what I have to do to stay in the league and help out the team.”

Cooke hasn’t been suspended since a 10-game and playoff ban for elbowing the Rangers’ Ryan McDonagh in the head at the end of 2010-11. The veteran spent that suspension studying video of aggressive players with his old Pittsburgh coaches, something that helped transform him.

“I’ve been changing my game over the past little while,” the winger said. “Everyone who’s watched the Sabres and paid close attention have seen it.”

“That’s between us and PA and all that kind of stuff,” Kaleta said. “There’s not much info I can give right now. It gives me time to try to better my game, try to better myself and along the way maybe help out some of the younger guys.”

Kaleta, who fought Jared Boll after the hit, has been practicing wearing a full face shield.