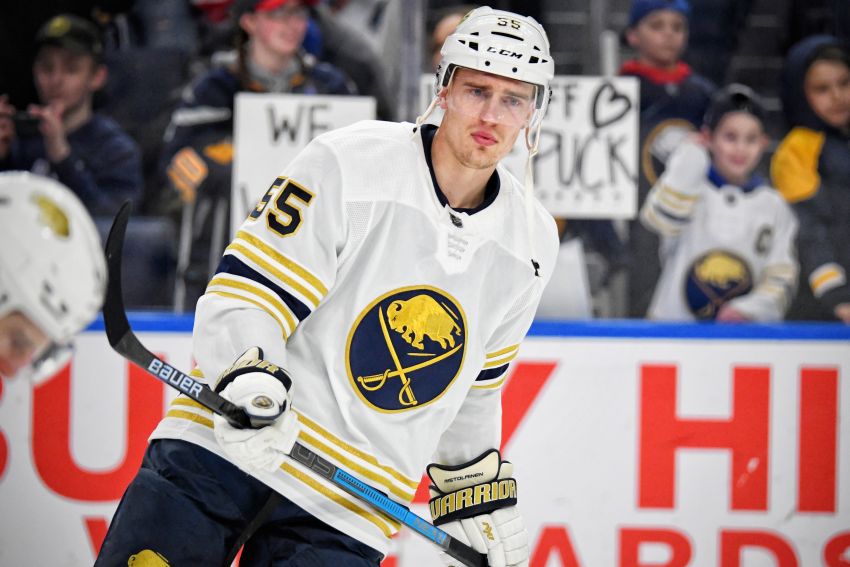 Rasmus Ristolainen understands that if the Buffalo Sabres make significant moves this offseason, he could be dealt.

“If changes will happen, I know I’m one of the first ones probably who is going to get traded,” the defenseman said on a Zoom call Thursday, two days after the Sabres’ season officially ended. “It’s part of the business and I’m ready, whatever happens. I have really enjoyed my time in Buffalo. It’s home for me.”

Buffalo has been Ristolainen’s home for seven years, since he was a neophyte on the Sabres’ two tank teams, both of which finished dead last.

Things haven’t gotten much better. The Sabres haven’t contended for a playoff spot during Ristolainen’s tenure. The constant losing has beaten him down. By last year, it appeared he wanted a change of scenery.

Ristolainen, 25, enjoyed a strong comeback season under new coach Ralph Krueger in 2019-20, shaving his rating from a ghastly minus-41 to a minus-2.

Still, the Sabres kept losing, missing the playoffs for the ninth straight season.

So would Ristolainen like to stay in Buffalo or be traded?

“It’s a good question,” he said. “We had the same conversation before, last year, and this year I really enjoyed working with Ralph and our team took some strides, but I feel like it wasn’t enough. When you put so much hard work every summer, you work hard in every practice, it makes it even more frustrating because we weren’t even close again.

“I want to win, if it’s in Buffalo or somewhere else, and I feel like when (a) team doesn’t get to the goal that is (the) playoffs, I think you need to make some changes.”

Despite finishing sixth in the Atlantic Division, the Sabres improved under Krueger, starting the season 9-2-1 and staying in the playoff race until the trade deadline.

“Buffalo has a bright future,” Ristolainen said. “But we’ve been saying the bright future for seven years now, when I’ve been here.”

He added: “The pieces are there, we just need to put them together.”

Ristolainen hasn’t experienced much winning in his career. He scored the gold medal-clinching goal for Team Finland in the 2014 World Junior Championship. However, he compared the pro team he played for at home, TPS Turku, to the Sabres.

“(In) my whole career, in Buffalo and before I came to Buffalo, I’m not sure if I’ve ever been on a team where there’s been a winning culture,” he said. “Sometimes you ask the question, ‘What is it?’ I haven’t really seen it before or in Buffalo.

“I think this year we built our culture a little bit better than previous years but … I don’t know if a lot of guys have been in winning teams or winning organizations. Personally, I haven’t. Unfortunately, the team I played for when I was back in Finland it was in the same position, (the) coach got fired every year, players got traded, (the) GM got fired, so I don’t really know what is it.”

Sabres captain Jack Eichel said he’s still dealing with the undisclosed injury that slowed him at the end of the season. Being quarantined during the COVID-19 pandemic hasn’t allowed him to receive treatment.

“There are still some lingering things that need to be taken care of, but we have a lot of time at this point,” he said.