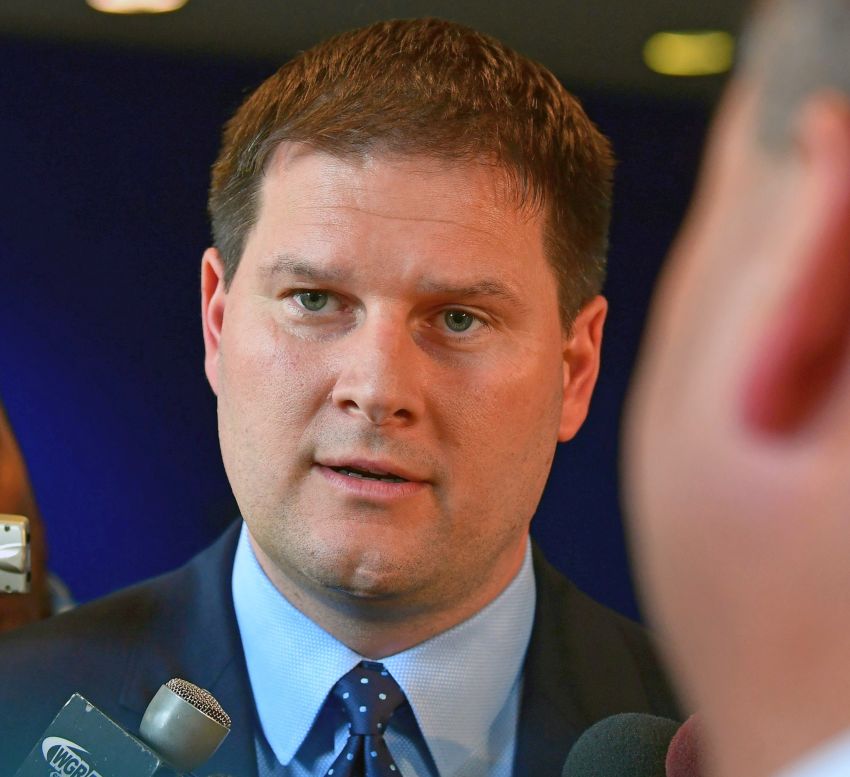 BUFFALO – Out of respect for Phil Housley, the coach he fired hours earlier Sunday, Jason Botterill wouldn’t reveal what he’s looking for in a replacement. The Sabres general manager did, however, say a search has already started.

“Those are things I’m not going to talk about too much right now, and the simple fact is I just had a conversation with Phil Housley a couple of hours ago,” Botterill said Sunday afternoon inside KeyBank Center. “Those are things I’ll talk to (assistant general managers) Randy Sexton about and Steve Greeley about and move forward from there.”

But who could be on Botterill’s radar?

Botterill developed as an executive with the Pittsburgh Penguins, who won Cups in 2009 and 2016 after promoting Dan Bylsma and Mike Sullivan from the AHL.

Joel Quenneville, who won three Stanley Cups with the Chicago Blackhawks before getting fired Nov. 6, could reportedly be introduced by the Florida Panthers today. The Panthers fired Bob Boughner on Sunday after two seasons.

“We’re still going to be open for what we want,” Botterill said. “So there’s nothing really clearly defined right now from that standpoint.”

Skinner, 26, performed dynamically much of his first season here, scoring at a 50-goal pace into February before enduring a long slump.

Still, he scored twice in Saturday’s 7-1 road win against the Detroit Red Wings to become the Sabres’ first 40-goal scorer since Thomas Vanek in 2008-09.

“Both sides have continued to focus on how do we get a deal done?” Botterill said. “I can understand where fans are coming from. He’s a fun player. He’s an entertaining player. You love watching Jeff Skinner out there.

“I think the relationship for both sides, for the player and for the team, has been a positive one. That’s why we’re trying to find a resolution.”

Botterill, who must balance his duties with the Sabres and Canada, said he will remain in North America all of April before heading overseas twice.

“I view it as a big advantage right now,” Botterill said of going to Slovakia. “The communication with other general managers, finding out more information about different players, Canadian players throughout the league, and then just interacting with Hockey Canada on different coaches, not only for this team but past coaches that have worked with World Championships, getting feedback from them. I’m a proud Canadian.

“I’m certainly going to try and help out Hockey Canada whenever I have the opportunity and I also feel from a personal growth as a general manager, this is a great opportunity.”

Sabres players will clean out their lockers and hold end-of-season meeting today at KeyBank Center.

By virtue of finishing 27th in the 31-team NHL, the Sabres have an 8.5 percent chance odds of grabbing the top pick again in Tuesday’s NHL Draft Lottery in Toronto.